The mythical Sagar Manthan (Churning of the Sea) is referenced in this Shiva Tandava Stotram-based song video.

TNI Bureau:  Auromira Entertainment, the studio behind the immensely famous viral music video “Aigiri Nandini,” has teamed up with veteran vocalist Susmita Das to deliver “Prithvi Manthan,” an epic thriller and action song. The mythical Sagar Manthan (Churning of the Sea) is referenced in this Shiva Tandava Stotram-based song video.

Sagar Manthan is when the Gods and Demons teamed together in Hindu mythology to churn the oceans in search of the secret riches. However, the skimming also yielded ‘Halahal,’ the most lethal toxin that threatened to wipe out the entire cosmos. To preserve the universe, Lord Shiva rushed to everyone’s aid and ingested the poison. 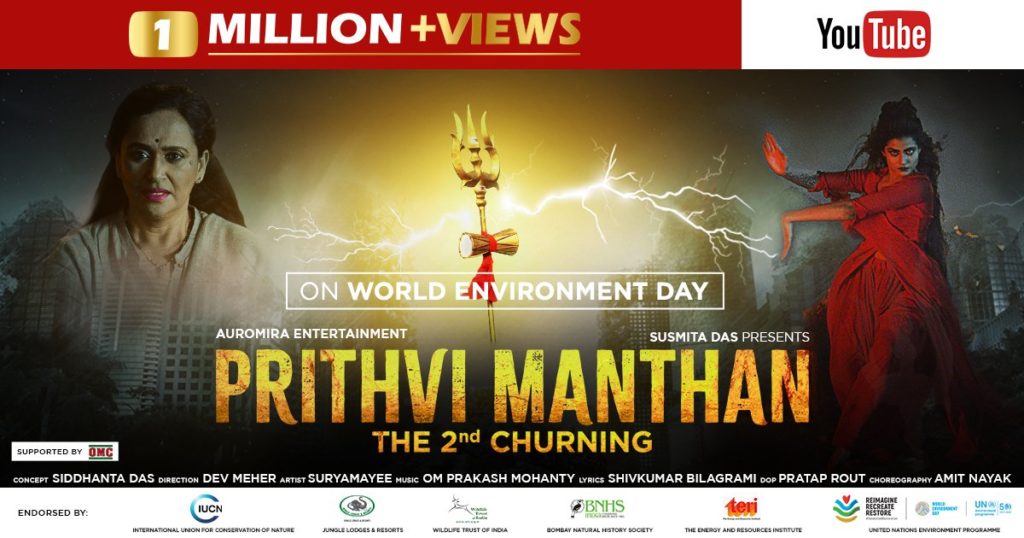 Prithvi Manthan is a metaphor for the over-exploitation of natural resources to satisfy our insatiable appetites and unsustainable lifestyle. Green House gases and pollutants are lethal by-products of the process, similar to ‘Halahal’ in Samudra Manthan, and have grown to such proportions that humankind’s very life is now jeopardized.

According to the singer, Sushmita Das, “I like to produce songs on contemporary social issues to sensitize public sentiment as I believe music is the most powerful medium to reach out to the masses. My earlier song “Aigiri Nandini…” based on Durga Strotram, on the theme of women’s empowerment, was highly appreciated by music lovers. I thought Shiv TandavStotram being so very intense and energetic could form the basis of a song to generate awareness on Environment.”

The project has received support from the United Nations Environment Programme (UNEP), the International Union for Conservation of Nature (IUCN), the Bombay Natural History Society (BNHS), The Energy and Resources Institute (TERI), the Wildlife Trust of India (WTI), and Jungle Lodges and Resorts (JLR), a Karnataka government undertaking.