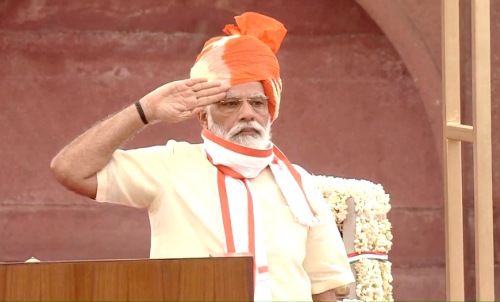 TNI Bureau: While unfurling the Tricolor at the Ramparts of Red Fort (Lal Quila), Prime Minister Narendra Modi listed the achievements of his Government, announced the roadmap for the future and made specific points on Ladakh Border crisis and J&K polls.

👉 Atmanirbhar Bharat will be the new Mantra. Vocal for Local is India’s slogan.

👉 We have to move forward with mantra of ‘Make in India’ as well as ‘Make for World’.

👉 Coronavirus may be a big challenge but it can’t stop India’s march towards self-reliance.

👉 Economic empowerment of Farmers and Upliftment of 110 poor districts are on agenda. 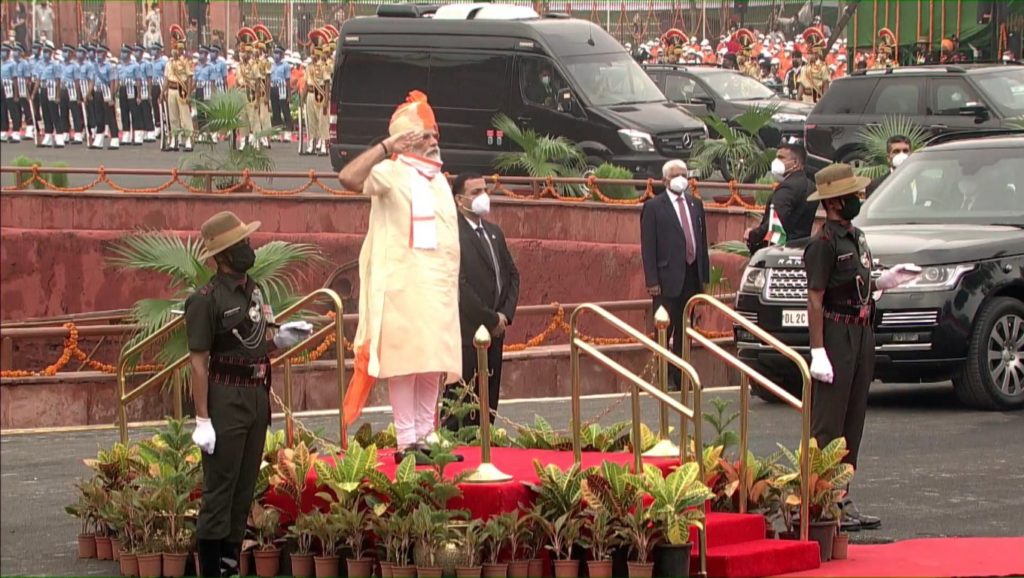 👉 Self-sufficient India means not only reducing imports, but also increasing our skills, our creativity.

👉 Andaman and Nicobar Islands have been connected with Optical Fibre Cable. In the next 1000 days, Lakshadweep will also be connected to submarine optical fiber cable.

👉 A special campaign with a holistic approach is being worked out to reduce pollution in 100 selected cities of the country.

👉 National Digital Health Mission has been announced. Every Indian will get a Health ID.

👉 Efforts are being made to make Ladakh a carbon neutral region. 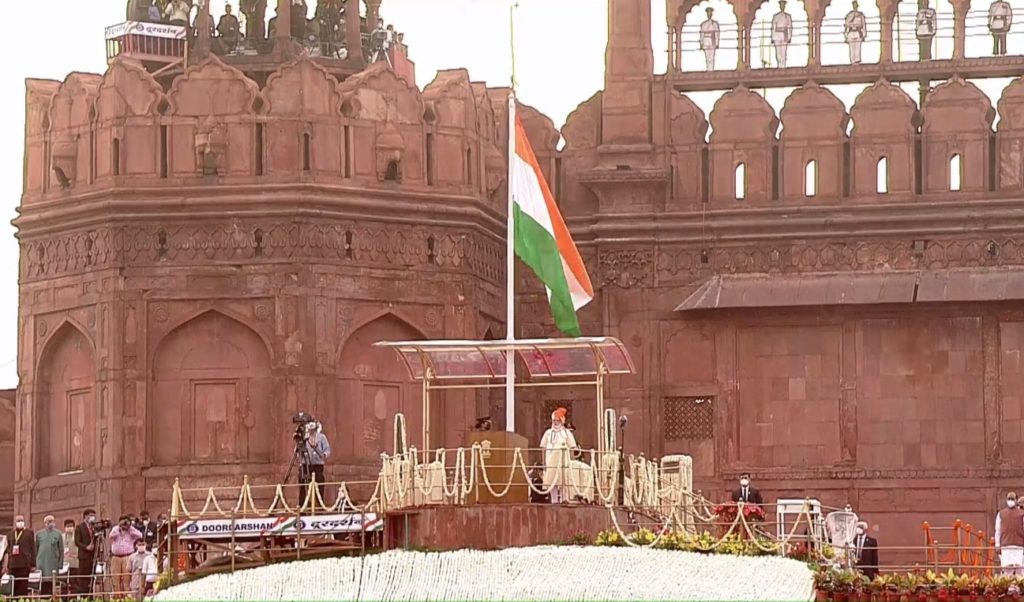 👉 Respect for India’s sovereignty is supreme for us. From LoC to LAC, whoever tried to raise their eyes towards the sovereignty of our country, our soldiers responded to it in the same manner. What India can do, world has seen it in Ladakh.

👉 Delimitation exercise is being carried out in Jammu and Kashmir. Polls will be held once it’s completed.

👉 Three corona vaccines are in various stages of trial in India; large-scale production and distribution will begin once the nod is received from the Scientists.

👉 Focus on Neighborhood First. Neighbours are not only those with whom we share our geographical boundaries but also those with whom our hearts meet. India wants peace and cooperation with all its neighbours.

👉 Road projects will continue from Ladakh to Arunachal Pradesh.

👉 1 lakh NCC Cadets to be trained in Border and Coastal Districts across India. 33% of them would be Girls.

👉 Piped Water connectivity to all households by 2024.