Jakhar, the former Punjab Congress chief, had quit the party on May 14. 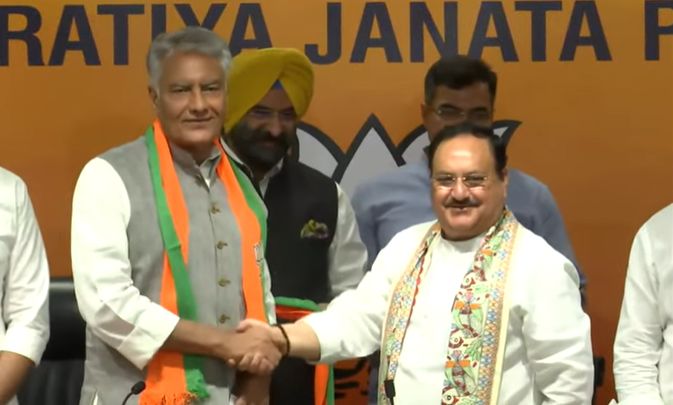 “Three generations of my family served the Congress party over the last 50 years. Today, I have broken the 50-year-old tie with the Congress over issues of nationalism, unity and brotherhood in Punjab,” Jakhar said after joining the BJP in presence of BJP national president JP Nadda.

He was recently issued a show-cause notice by the Congress leadership over his criticism of former chief minister Charanjit Singh Channi.

Jakhar, a prominent non-Sikh face of Punjab and a Congress veteran, is the second Congress leader to join hands with the BJP’s after former CM Captain Amarinder Singh.