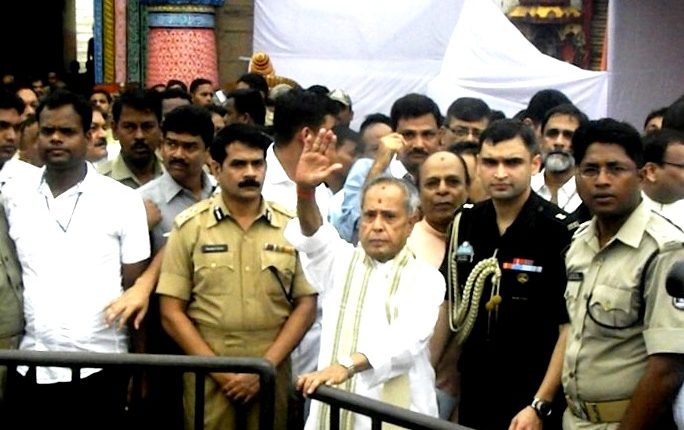 TNI Bureau: With the unfortunate demise of former President Pranab Mukherjee post brain surgery with COVID-19 complications, an era came to an end. The 84-year-old Fighter, who proved his mettle in all positions and took everyone along, succumbed to his illness in COVID Era.

Pranab Mukherjee’s demise was announced by his son Abhijit Mukherjee on Twitter.

With a Heavy Heart , this is to inform you that my father Shri #PranabMukherjee has just passed away inspite of the best efforts of Doctors of RR Hospital & prayers ,duas & prarthanas from people throughout India !
I thank all of You 🙏

Pranab Da was admitted to the Army R&R (Research & Referal) Hospital in New Delhi on August 10 in a critical condition. He had to undergo a brain surgery to remove a clot. Pranab Mukherjee was put on ventillator after he tested positive for COVID-19. The Doctors tried their best, but could not save his life.

Pranab Mukherjee had an illustrious career. A devout Hindu, a Nationalist, he was in politics for five decades and occupied many top posts in various governments led by Indira Gandhi, Rajiv Gandhi, PV Narasimha Rao and Dr. Manmohan Singh. He held key positions like Defence, External Affairs and Finance. He was elected the 13th President of India in 2012 and vacated the office in 2017.

Pranab Mukherjee was awarded ‘Bharat Ratna’ in 2019. His wife Suvra Mukherjee had died on 2015. He is survived by his children – Sharmistha Mukherjee, Abhijit Mukherjee and Indrajit Mukherjee.

Durga Puja in Bhubaneswar to be a low-key affair