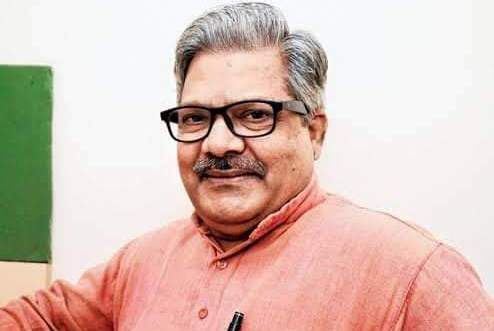 TNI Bureau:  Former IPS Officer and Senior BJP leader from Odisha Ashok Sahu breathed his last at his residence in Cuttack following prolonged illness.  He had suffered a brain stroke and was also tested positive for Covid-19. He was 68.

Ashok Sahu who hailed from Jeypore in Koraput District, was an IPS officer from the Assam cadre and served as the Additional DGP of Assam. He was the President of Vikram Dev College, Jeypore in his college days.

He later took voluntary retirement and joined the BJP.

Sahu had unsuccessfully contested as a BJP candidate from Kandhamal Lok Sabha seat in 2009 and from Puri in 2014. He was a staunch follower of Swami Laxmanananda Saraswati and a strong believer of Hindutva ideology.

Leaders cutting across party lines have expressed grief over the demise of the leader.

He was a brilliant officer, who used to call a spade a spade.

It's a personal loss for me, as he was our close relative.

Covid Assistance to Families of 4 Journalists in Khordha District