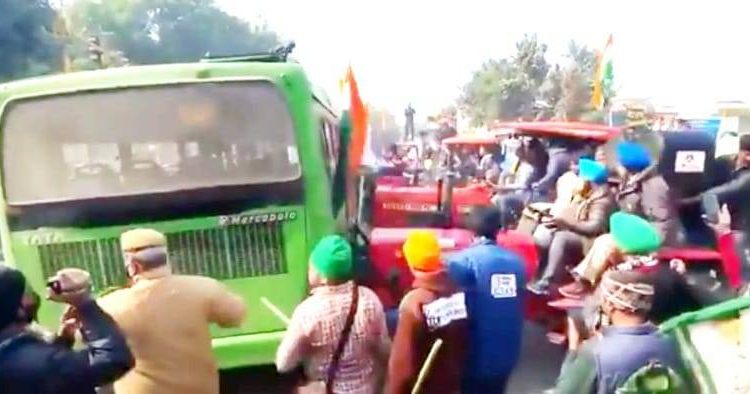 TNI Bureau:  Taking strong exception to the violent incidents in Delhi yesterday during Tractor Rally, Delhi Police have launched a massive crackdown on the farmers accused of inciting passion and indulging in violence. Nobody will be spared, said Delhi Police Commissioner SN Shrivastava. They also played out the speeches, saying some farm leaders made provocative statements.

While 25 FIRs have been registered and 19 arrested so far, more arrests are likely in the next 24 hours. 50 people are detained. Delhi Police accused the farmer unions of breaching trust and violating the agreement signed before the rally.

The Cops are analysing the video footage to identify the hooligans. Delhi Police called it a “betrayal” while revealing that 394 Cops had sustained injuries in the melee. Some of them are still in the hospital and even in ICU. “We have exercised utmost restraint”, said the Delhi Police Commissioner.

The post mortem report of the farmer who died during the violence yesterday, confirmed that he died of antemortem injuries which he received after his tractor turned turtle. He was not shot at.