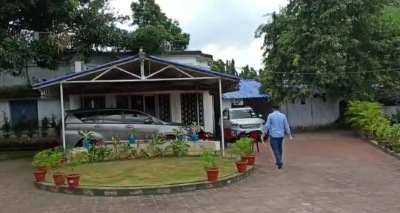 TNI Bureau: The CBI is back in Odisha after a long silence. Raids were conducted at Senior BJD MLA and former Minister Debi Prasad Mishra’s Unit 1 residence in Bhubaneswar in connection with Seashore chit fund scam.

As per the reports, a 4-5 member CBI team, which conducted the raids at Debi Mishra’s residence, has left now along with some documents. They refused to speak to media while leaving the place after the raids for 60-90 minutes.

Debi Mishra later clarified that he was questioned related to the chit fund scam as the former Tourism Minister. The questioning was done over Mahanadi Cruise project. “All documents are related to that project are with the Tourism Department.  CBI may get all the details there”, he said.