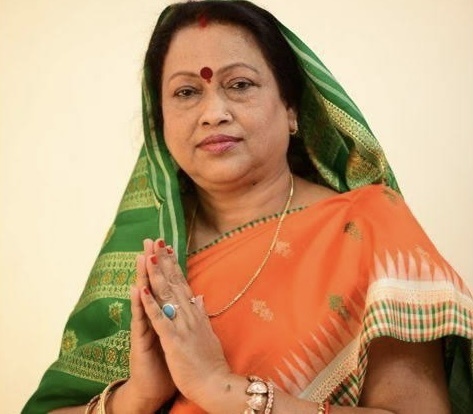 Insight Bureau: Putting all speculations into rest, the BJP has named former MLA Radharani Panda as its candidate for Brajarajnagar Assembly Bypolls.

Congress has reportedly finalised former MLA Kishore Patel as its candidate for the bypoll. The ruling BJD is yet to decide on its candidate.

The bypoll was necessitated following the death of BJD MLA and former Speaker Kishore Mohanty.

Radharani Panda was elected to the Assembly from Brajarajnagar in 2014. She had defeated BJD candidate Anup Kumar Sai by 6,750 votes.

However, she lost the 2019 polls to Kishore Mohanty by 11,634 votes. Congress did not have a candidate then.