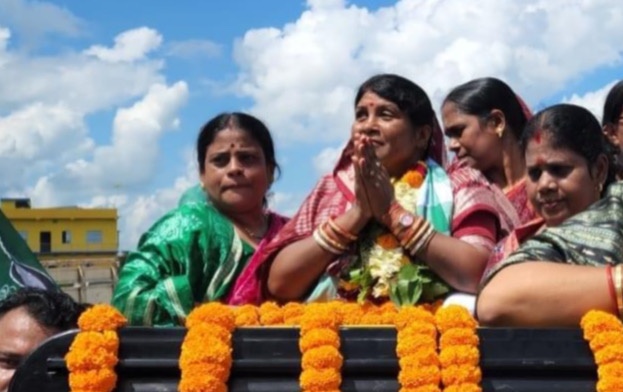 Senior BJD leaders accompanied Abanti Das during the procession as well as at the nomination filing process.

Abanti Das, who is the Chairperson of Tihidi Block and has a vast experience in Mission Shakti SHG activities, got the nod to contest the bypolls, which was a surprising move.