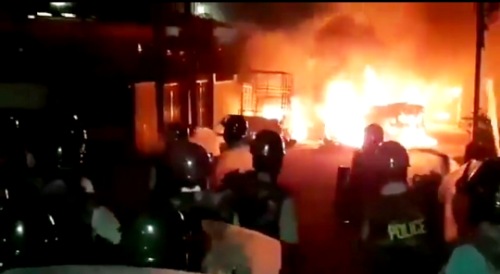 TNI Bureau: 60 more people have been arrested in connection with the riots and arson in Bengaluru on Tuesday (August 11) night, taking the number of arrests in the case to 206.

Congress Corporator Irshad Begum’s Husband Kaleem Pasha is among the arrested. Irshad is a Corporator from Nagwara ward.

Pasha is said to have strong links with SDPI (Social Democratic Party of India), which is suspected to be behind the riots in Delhi and Bengaluru.

At least 3 people died in police firing during the Bengaluru riots while 50 others were injured. 60 Policemen too sustained injuries. Two police stations were torched, several vehicles and properties set afire and Pulakeshinagar Congress MLA Akhanda Srinivas Murthy’s house was vandalised.