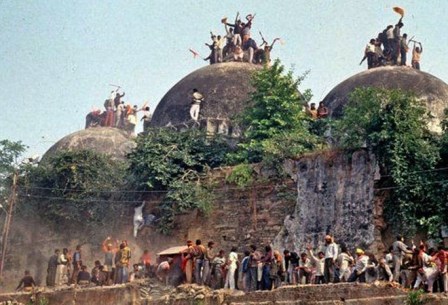 TNI Bureau: In a historic judgement, the special CBI court in Lucknow has acquitted all 32 accused in the 1992 Babri Demolition case due to lack of evidence.

The court ruled that some anti-social elements were part of the demolition (which was not a pre-planned event) and these accused had no role to play. The court also said that many tampered evidences were produced against the accused.

The special CBI court also accepted the arguments that these leaders tried to save the structure from demolition.

LK Advani, Murali Manohar Joshi, Kalyan Singh and Uma Bharti were not present at the court when the verdict was pronounced.

Among others, Mahant Nritya Gopal Das and Sadhvi Ritambhara were also acquitted. Three other key accused Ashok Singhal, Bal Thackeray and Giriraj Kishore had passed away during the trial.