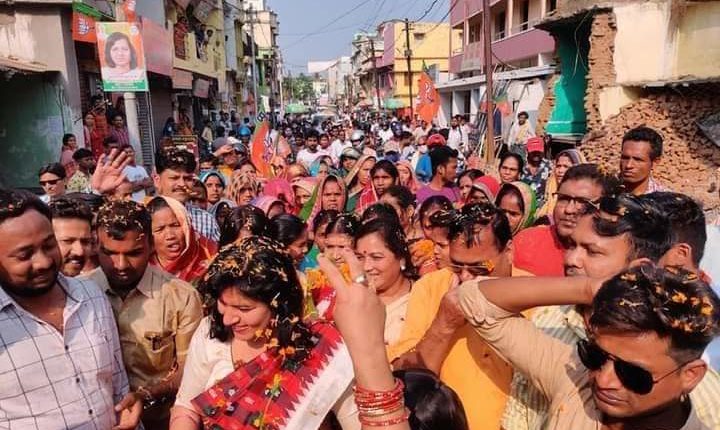 TNI Bureau: A stronger opposition is highly required to strengthen the democracy. The ruling BJD in Odisha remains invincible, thanks to Naveen Patnaik, who still rules the hearts and minds of millions. Neither Congress nor BJP could rise to the occasion in the past to provide a strong alternative for the people of Odisha.

When it comes to Opposition, Congress is a sinking boat in the State with the youth and women drifting away from it. The BJP despite having strong leadership at the Centre and huge resources, has failed to capitalise.

The incumbent leaders of BJP have failed to build consensus in their own party, forget about public. But, Bhubaneswar MP and party’s National Spokesperson Aparajita Sarangi is fast gaining acceptability within the party as well as among the masses.

Unperturbed by the resistance and opposition within the party, Aparajita has been marching ahead. Because of her strong stand against the ruling government and issue-based attacks without showing any leniency, Aparajita has emerged as the darling of youth and women karyakartas in BJP at the cost of other leaders who have failed to show the killer instinct to fight CM Naveen Patnaik and rampaging Biju Janata Dal.

With Aparajita embarking on a whirlwind tour of Odisha, BJP Karyakartas seem to be very excited and charged up. She has generated curiosity among the public too. People have started talking about her. She has definitely brought positive vibes to the disgruntled BJP workers, who were left stranded and confused only a few months back.

The Panchayat polls are due in 2022. And, Aparajita Sarangi has already sounded the poll bugle. Central leaders have also kept a close watch on the developments in the State. ,

The road ahead is not easy for Aparajita Sarangi. She will have two bigger challengers in her quest to success – within and outside. Let’s see how things are unfolded in the coming months. 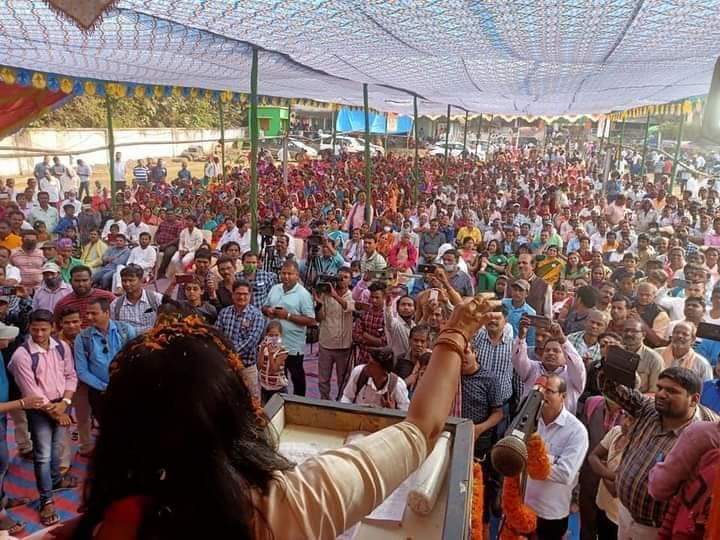