A Tribute to Shaheed Madho Singh 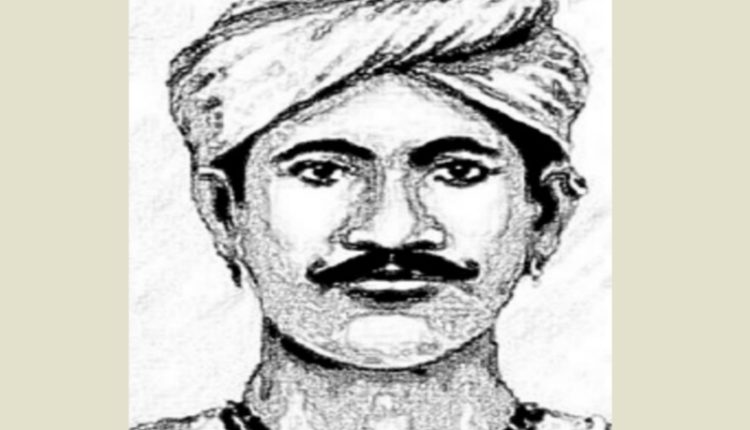 Madhab Singh Bariha or Madho Singh was the Binjhal Zamindar of Ghess (Ghens) in Bargarh District. He was a close associate of Veer Surendra Sai in the Sambalpur Uprising against the British.

He fought bravely before being captured by the British Forces. Madho Singh was hanged to death at the age of 72 on 31 December 1858.

His 4 brave sons too met similar fate later. While his youngest son Airi Singh (Uday Singh) was killed by the British forces, his other sons Kunjel Singh and Bairi Singh were hanged in Sambalpur Jail. His 4th son Hatee Singh was sentenced to life at the Andaman Islands.

TNI pays tributes to Shaheed Madho Singh on his Death Anniversary today and also pay respect to his martyr sons.