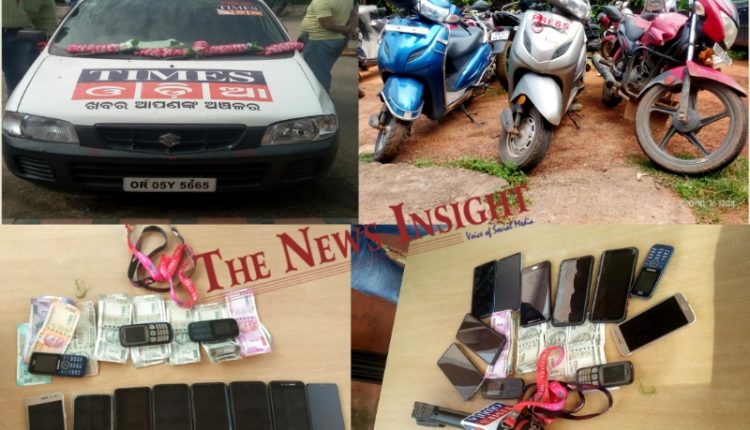 TNI Bureau: In a shocking development, 5 Web Channel Journalists and their Driver have been arrested by the Commissionerate Police in Bhubaneswar on extortion charges. They allegedly extorted money from an edible oil manufacturing firm Jyoti Traders in Tamando on the outskirts of Bhubaneswar.

The accused had reportedly entered the Jyoti Traders premises forcibly, took away cash worth Rs 34,000 from the cash box and forced them to pay Rs 99,000 and Rs 31,000 in two separate transactions via PhonePay on October 24. Total extorted money was Rs 1,64,000. They also assaulted the staff and ransacked the office.

While the Commissionerate Police arrested the 6 accused, Rs 24,450 cash, two cars, 4 bikes, one Times Odia boom, ID Cards and 11 mobile phones have been recovered from them. They were arrested on October 25 and forwarded to the court. 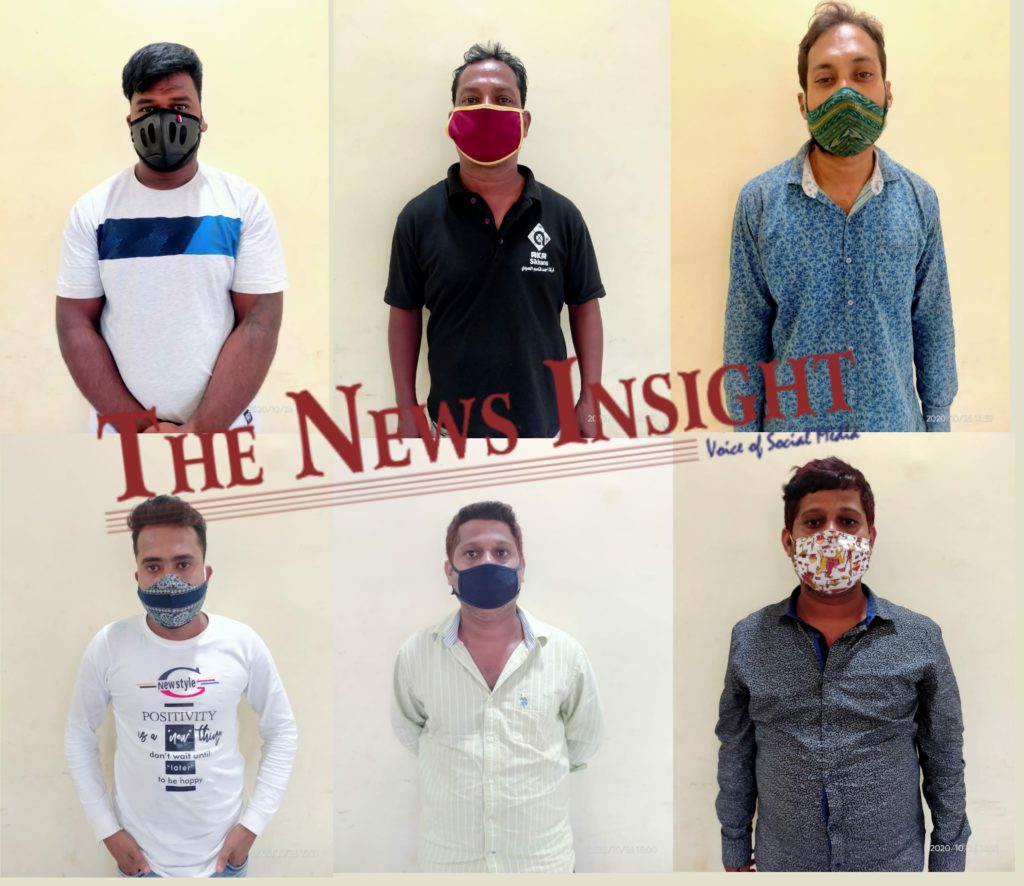