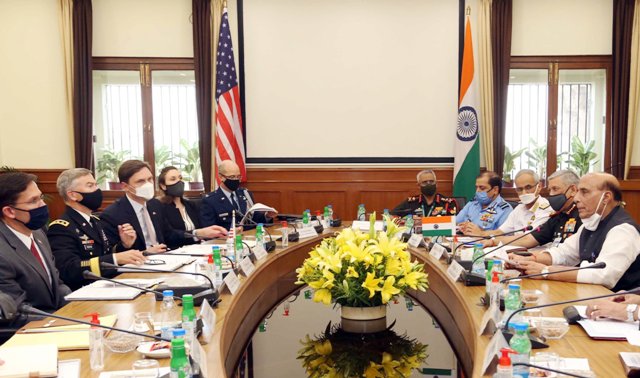 👉 Bhubaneswar reports only 91 Covid-19 positive cases in the last 24 hours including 28 Quarantine and 63 local contact cases; taking the total positive cases to 28694 in the Capital City.

👉 228 Covid-19 patients have recovered from the disease in the Capital city in the last 24 hours.

👉 14 places identified in Cuttack for immersion of Durga idol today and tomorrow. Only 7 members from each Puja Committee will take part in Bhasani: Cuttack DCP.

👉 5 fishermen rescued, 4 missing after a fishing trawler capsizes in sea following a collision with the sunk ‘Black Rose’ Ship in Paradip.

👉 OJEE authority will release the second round of mock seat allotment result tomorrow.

👉 CRPF jawan shoots himself with service weapon near Pakistan High Commission in Delhi.

👉 Delhi: US Secretary of Defence, Mark Esper being accorded Guard of Honour.

👉 Andhra Pradesh Government issues order prohibiting transport of liquor from other States into its territory without payment of excise duty.