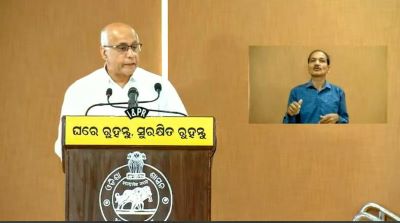 TNI Bureau: Breaking News! Odisha Government’s COVID-19 Spokesperson Subroto Bagchi has confirmed that 3 persons from the State who had attended the Tablighi Jamat at Markaz in Delhi’s Nizamuddin, have been identified and put in hospital quarantine.

Their family members are being monitored. The government is trying to figure out the exact number of people from Odisha who had attended the event that was held between March 1st and 15th.

According to National Media reports, at least 13 such attendees from Odisha are in Delhi and put in isolation.

Meanwhile, out of 473 total samples tested in Odisha, only 3 have tested positive till date.

Several states are on high alert after it came to light that at least 10 people who attended the Nizamuddin event, died of COVID-19 and hundreds are infected.