Centre and Mamata Banerjee continue to be on warpath. 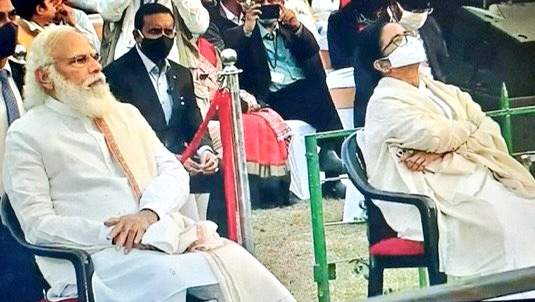 Netaji’s legacy was long ignored by the political class. It’s heartening to see Centre, West Bengal and Odisha doing their bit to pay homage to the Legend. But, the battle for political supremacy has marred the celebrations to some extent.

Sloganeering at the Victoria Memorial and angry Mamata refusing to speak in the presence of PM Modi, was not something Netaji would love to see today. Well, we may witness more of such incidents in future.

Ahead of Polls, Mamata remembers Netaji