When Bhubaneswar turned into a Battlefield 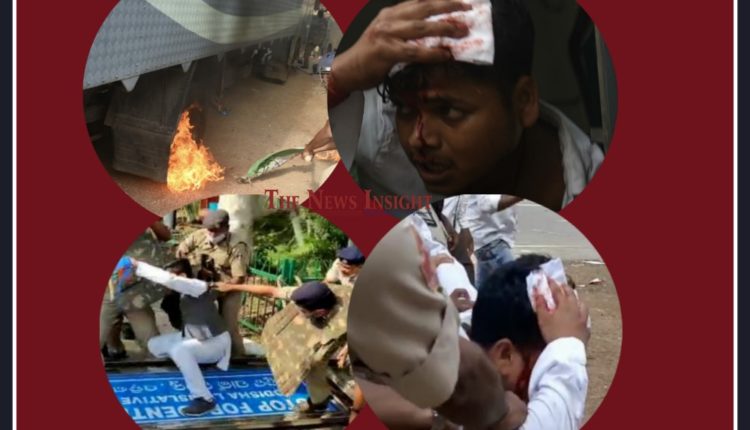 Insight Bureau: A day after the BJP Yuva Morcha clashed the police on the streets of Bhubaneswar, the Chhatra Congress went on a rampage to target the cops while trying to gherao the Assembly demanding the ouster of MoS (Home) Dibya Shankar Mishra in Mamita Meher murder case.

When stopped, the Congress workers tried to set the police vehicles on fire and then pelted stones and hurled eggs and tomatoes at the cops. The cops not only retaliated, but also chased them into the Congress Bhawan and thrashed them black and blue.

Several Congressmen were injured in the incident and were admitted to hospital. The cops defended their action while Congress leaders condemned the act and sought action against the erring policemen.

The ruling party acted smart by adjourning the Odisha Assembly sine die to avoid any big confrontation in the Assembly and outside. Situation remains tense, but under control.