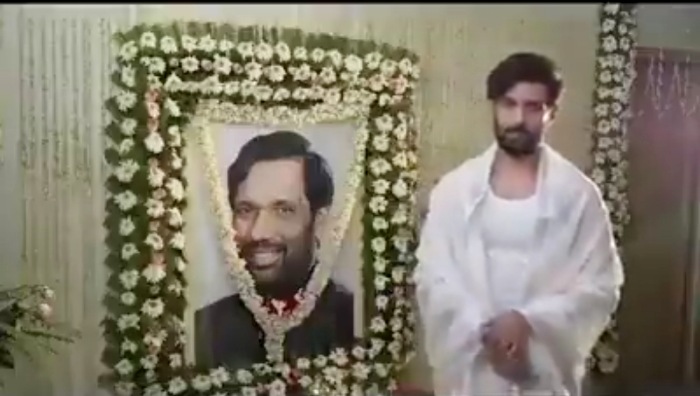 TNI Bureau: The political campaigning in Bihar has intensified further with political leaders resorting to personal attacks. Nitish Kumar, who used to maintain his cool, often loses temper. In a fresh development, a video clip showing LJP Chief Chirag Paswan rehearsing in front of his late father Ram Vilas Paswan’s portrait a few days after his death, has gone viral on Social Media.

The video shows Chirag shooting for the video and casually interacting with people present there. While BJP and JD(U) have slammed Chirag Paswan for showing “lack of emotion’ in front of his late father, the latter questioned the intent and agenda of the people who shot and leaked the video.

Chirag Paswan, who had vowed to send Nitish Kumar to jail over corruption, came down heavily on JD(U) and the Bihar CM accusing them of stooping to a new low to malign him.

“Do I need to prove my love and grief for my father? Do they expect me to have a sad look. It’s a new low in the political discourse in Bihar,” he said.