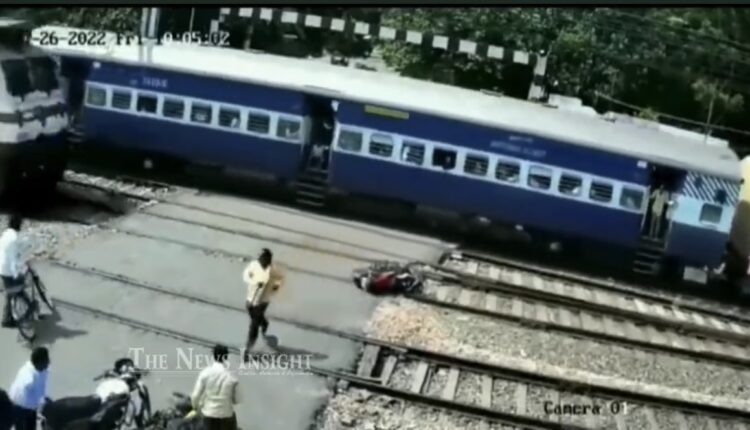 TNI Bureau: A man at Uttar Pradesh’s Etawah, had a narrow escape as a speeding train crushed his bike on the railway tracks while he ran for his life.

The man’s bravado of crossing through the railway tracks on bike while trains were approaching, would have led to a disaster. While his bike got stuck on the tracks, he had a tough time move to safety on time.

The bike was crushed under the train and some of the mangled parts of the bike were later found near the railway tracks.

The man tried to cross the tracks even as the crossing was closed. Action may be taken against him for his dangerous act. A case has been filed against him by the Railway Police.

No Ganesh Festival at Idgah Maidan in Bengaluru