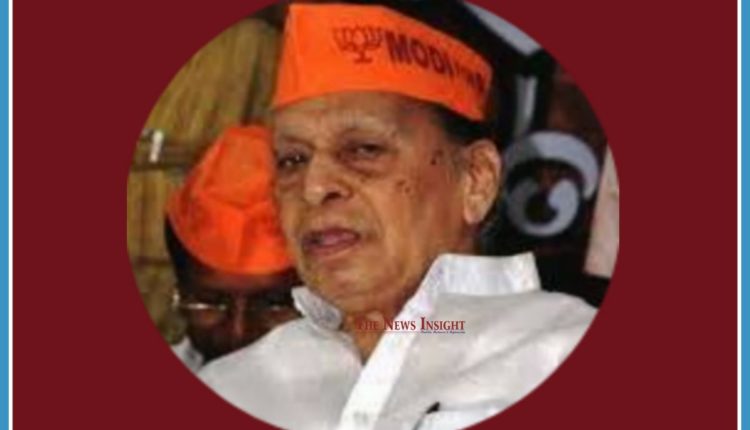 Known as ‘Ganjam Tiger’, he was elected to the Odisha Legislative Assembly from Kodala in the 1977, 1980, 1995 and 2000 as a member of the Janata Party, Janata Dal and Biju Janata Dal respectively. He was elected 6times as MLA in his lifetime from various parties.

He was Leader of Opposition in Odisha Legislative Assembly from 1996 to 1997. He held several portfolios including Finance as a Cabinet Minister.

Although he was in the Congress in the past, he later led the anti-Congress movement in Ganjam district.

Rama Krushna Patnaik, his wife and daughter had joined the BJP in 2014.

Tribute to Ramakrushna Patnaik : The Towering Leader of Odisha . Loading a Never seen before video of him , doing press briefing on the BJD Formation Day ( 26-12-1997 ) .#RamakrushnaPatnaik @CMO_Odisha @dpradhanbjp pic.twitter.com/FemaLKfqfT