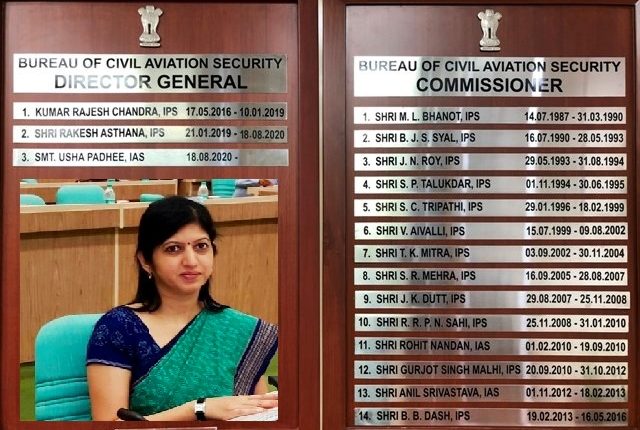 TNI Bureau:  Usha Padhee, the Joint Secretary in the Civil Aviation Ministry has been given additional charge as Director-General, Bureau of Civil Aviation Security (BCAS).

Earlier, she has also been given the additional charge of Chairperson-cum-Managing Director, Pawan Hans Limited (PHL).

The Central deputation tenure of the 1996-batch Odisha cadre IAS officer has been extended for a period of two years.