Six persons have been arrested in connection with the crime. 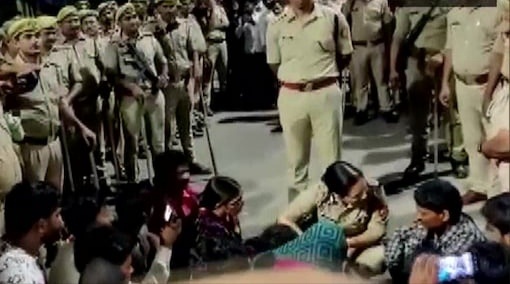 TNI Bureau: Two Dalit teenage sisters were found hanging from a tree in a sugarcane field located about a kilometre away from their house in Nighasan police station limits in Lakhimpur Kheri on Wednesday, police said.

Six persons have been arrested in connection with the crime.

The main accused, Chhotu Gautam, has confessed that he wanted to marry one of the girls but when she refused, he, and his friends, kidnapped the girls, raped and murdered them before hanging their bodies on the tree.

Superintendent of police (SP) Sanjeev Suman, said that the main accused has also confessed that he showed the girls to his friends before committing the crime.

The girls’ family members have also identified the accused who had abducted the girls on a motor bike from their home on Wednesday afternoon.

The SP said that the accused will be booked under stringent provisions of the IPC , including the POCSO Act.

Plea to remove another mosque in Mathura