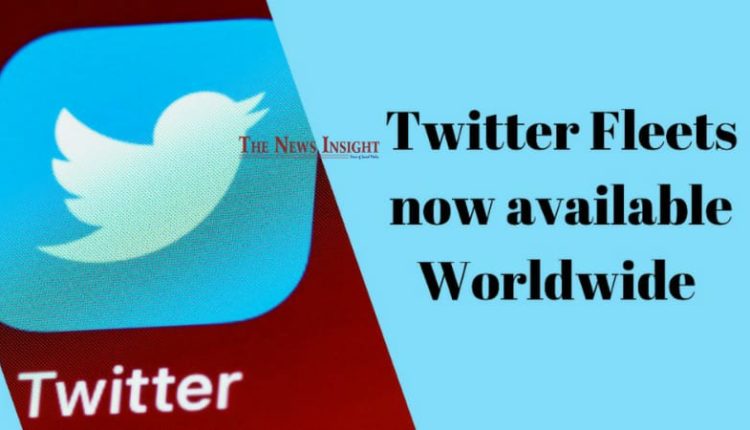 Twitter has now officially rolled out its Disappearing Tweets feature called fleets all over the world including India. Twitter had earlier tested Fleets in India, Brazil, Italy, and South Korea which turned out to be successful and encouraging for Twitter.

This feature was launched in India in June this year and now after getting positive results, they have launched it globally. As a matter of fact, this feature is a lot similar to the Instagram Stories feature.

Fleets feature basically allows users to share a message, tweet, picture, and even a video on their profile. Whatever you share on Fleet simply stays for only 24 hours on your profile and then it automatically disappears.

Sharing a fleet with your followers is also very simple. You get an option to add a fleet on the home tab of the Twitter Application.

However, users will not get to retweet or like the Fleets. Talking about the comments, just like Instagram the reactions or comments will not be visible for everyone but they will be communicated to the person directly in the Personal Chat.

According to the social networking company, the Fleets feature makes users feel more comfortable in sharing their opinions, messages, updates, and feelings.

Fleets attract the group of users who are more interested in sharing short term and regular updates. This also allows users to share the pictures, visuals, or videos very easily without the restrictions of keeping it forever on the profile.

Twitter has officially announced the update through their own handle. This feature will now be available for all Android and IOS users worldwide.