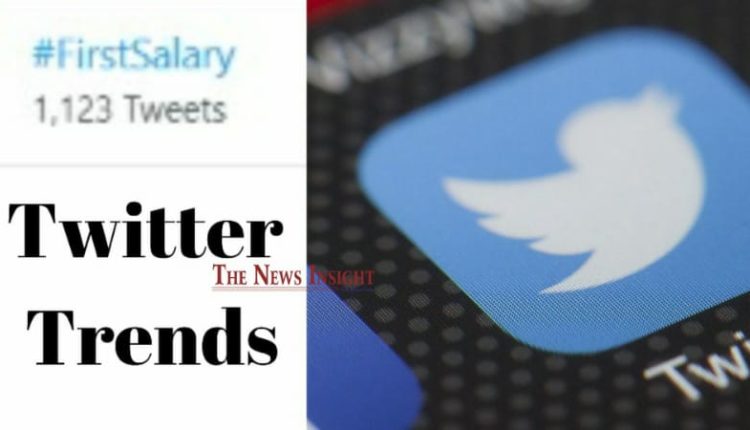 For every Earning Individual, the experience of earning First Salary reserves a special place in their memories. Even if the amount you received as your first salary is very small, the value remains to be priceless.

People generally don’t share their income openly but it seems like Twitterati are enjoying sharing about their First Salary. “First Salary” is trending on Twitter as people are tweeting the amount they earned as their first salary, the age at which they earned it, and the source of their first income.

This trend was completely unplanned and now it has become huge. People from all sectors have been openly coming out and tweeting about their first income.

This First Salary Trend was actually started with a user asking people about their first income for some research purpose. Now Twitter users including some Bollywood Celebrities, Directors, Filmmakers, Politicians, and a lot more Verified handles are participating in this trend.

The famous filmmaker Anubhav Sinha also shared about his first salary. He tweeted that he earned Rs 80 as his first income at the age of 18 by giving tuition to 7 standard students. He basically earned this money for his smoking expenses during his College Days.

Film Director Hansal Mehta also participated in the trend. His first salary was Rs 450 which he earned as a salesperson at the age of 16.

Some more famous names like Tejinder Pal Singh Bagga also contributed to the trend. He shared that his first job was at Tata Indicom Company at the age of 18 where he earned a total of Rs 1820. RJ Raunak also tweeted that he earned Rs 3000 as his first salary at the age of 17.

This trend is now not only limited to sharing the first income experiences but it also involves an enormous amount of Memes. Some people are even having a fun conversation about their First Salaries.

Either with memes or the first income experiences, people are actively taking part in the trend and have already made it huge.