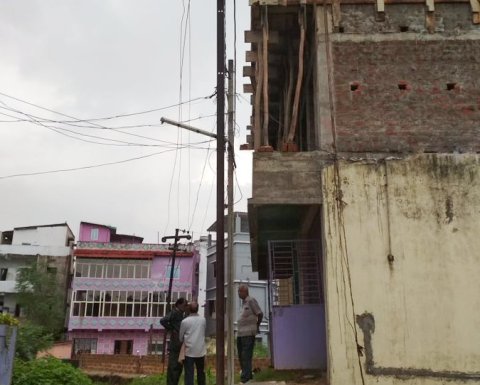 TNI Bureau:  Netizens have now high hopes from Social Media. Inspired by Twitter Governance Model, which is the buzzword these days, they tag people at the top and seek their help. But, for Mishra Babu, the Twitter activism turned out to be a disaster.

Mr. Sibasis Mishra tweeted yesterday accusing the CESU of not removing an 11 KV wire line close to his house and sought the help of CM Naveen Patnaik and CESU CEO Arun Bothra.

As expected, Arun Bothra dispatched a team to the area, who discovered that Mr. Mishra is building an illegal balcony structure, violating the BDA rule. He replied to Mishra Babu on Twitter, warning him to remove the illegal structure within 48 hours, failing which an FIR would be lodged against him.

Mishra Babu deleted that tweet, but may not be able to escape the law. 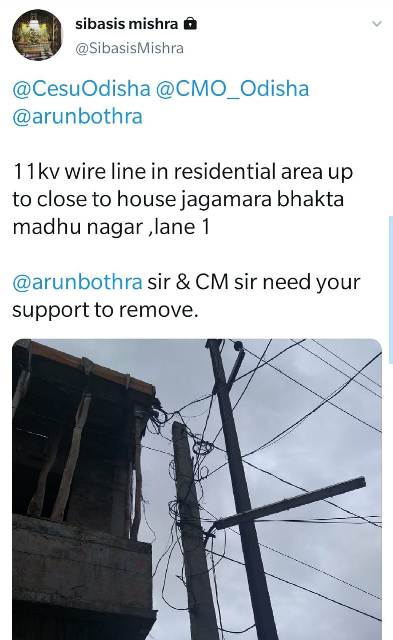 Am told you are adding this balcony violating BDA norms & close to existing high voltage @CesuOdisha line. This is dangerous.

I can't move my line for your illegal activity. Pl remove the construction forthwith. If not done within 48 hrs
we will lodge FIR on this. https://t.co/dXAX9Mvjgc pic.twitter.com/c1mRazKEk8