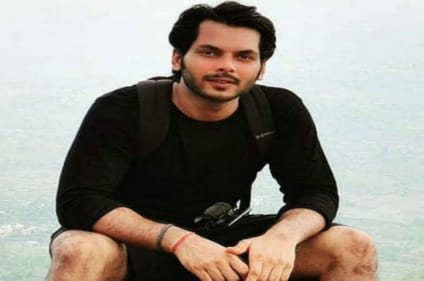 While Cops did not suspect any foul play and indicated it’s a case of suicide; his family members in Bihar called it a “Murder”.

The police believes that Akshat Utkarsh was depressed due to lack of work in the industry. He even borrowed from his family and friends.

The family, which received the body in Patna today, accused the Mumbai Police of non-cooperation. They also dismissed the reports that the Actor was depressed. They demanded an impartial probe into the incident. His body was taken to his native place in Muzaffarpur.

Akshat Utkarsh was staying with a female friend in a society near Andheri RTO when the incident happened. She told the police that Akshat was behaving in an unusual manner on Sunday. They went to sleep after dinner and she found him dead when she woke up at 11:30 PM to go to washroom.

The Cops rushed him to a private hospital where he was declared brought dead. Postmortem on his body was conducted at the Cooper Hospital.

Grand Statue of Subhas Chandra Bose to be installed at India…