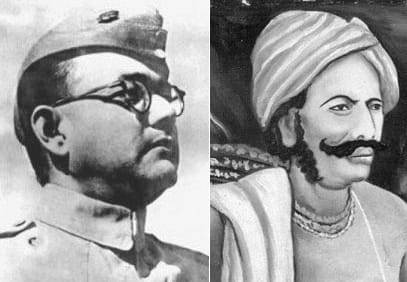 The founder of Indian National Army (Azad Hind Fauj) & leader of the younger, radical, Bose’s most famous quote “Give me blood, and I shall give you freedom” he made in Burma in 1944 to members of the Indian National Army. In this, he urged the people of India to join him in his fight against the British Raj.

Surendra Sai, sacrificed his life fighting against the the British East India Company, successfully protected most parts of Western Odisha region for some time from the British rule.