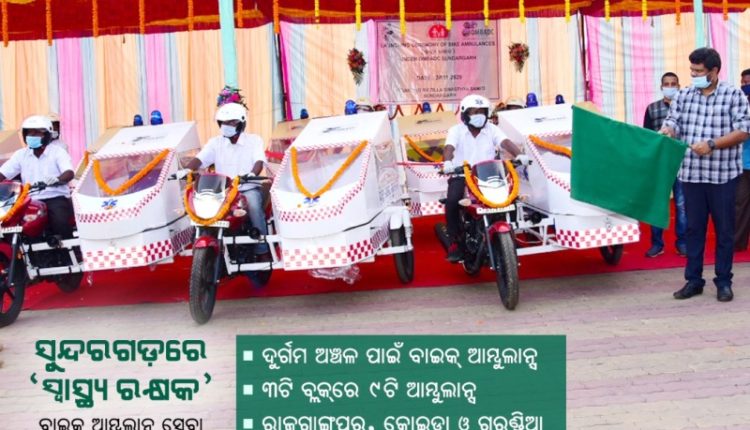 👉 Odisha CM Naveen Patnaik writes to PM Narendra Modi, seeking clarity on the Academic Session 2020-21 and conduct of both Standard-X and Standar-XII Board Examinations.

👉 A huge cache of arms and ammunition were seized during a joint combing operation by security forces in Sundargarh forest.

👉 A herd of 18 elephants strayed into the Khordha District Headquarters Hospital triggered panic among the patients. Later they moved inside the cashew nut orchard. 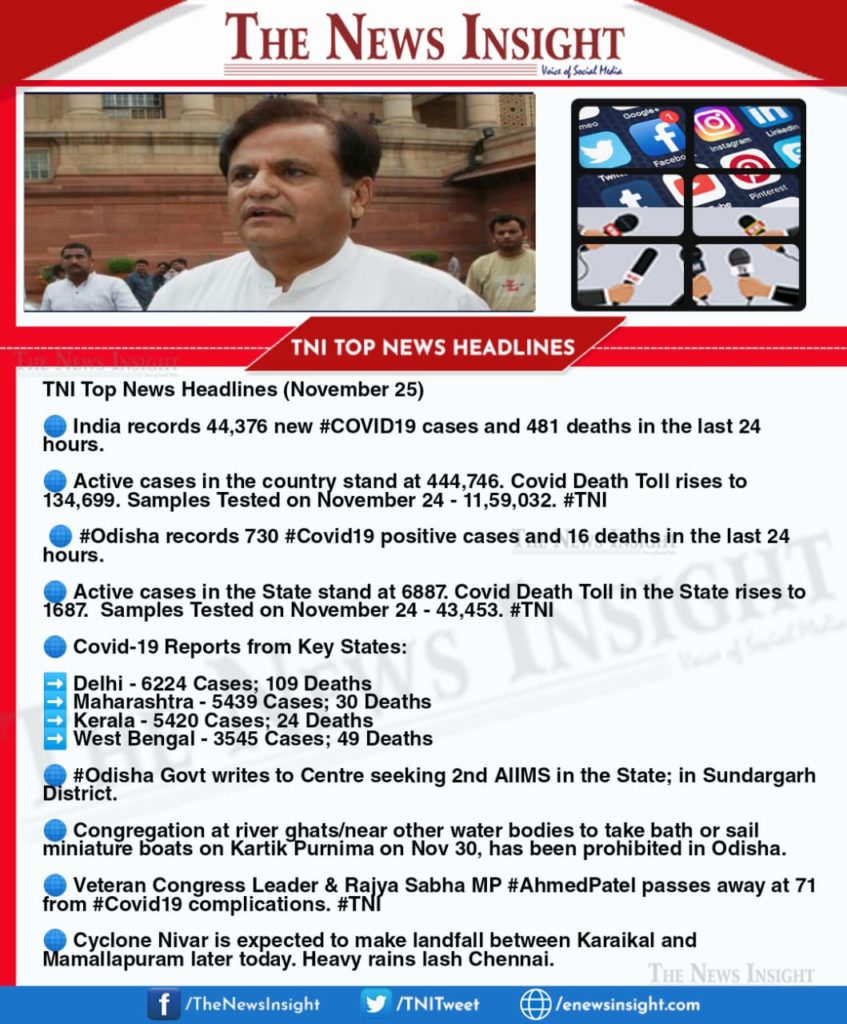 👉 Cyclone Nivar is likely to cross between Mamallapuram and Karaikal during midnight today and early hours of 26th November.

👉 Heavy rainfall in Tamil Nadu ahead of Cyclone Nivar’s landfall.

👉 Congress leader Ahmed Patel dies at 71 following COVID complications. His mortal remains will be taken to his native place in Gujarat’s Bharuch where his last rites will be performed.

👉 Supreme Court today will hear pleas which have raised issues regarding the Central Vista project.

👉 The Korean boy band BTS makes it to 2021 Grammy nomination.