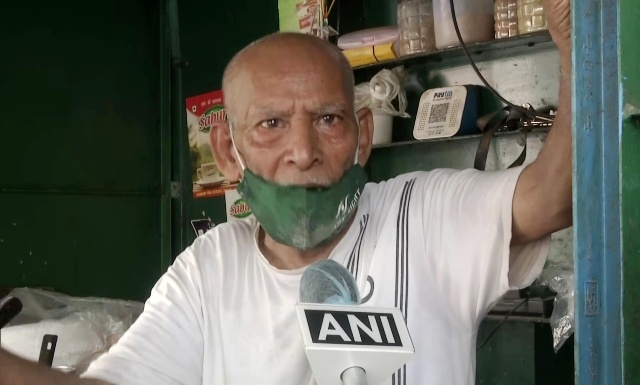 The video featured a teary-eyed old man, Kanta Prasad, bemoaning the loss of loyal customers in his small eatery in South Delhi. ‘Baba Ka Dhaba’ became famous overnight as online support poured in, prompted by social media influencers and celebrities like Sunil Shetty, and even the Delhi CM Arvind Kejriwal. This launched several initiatives to keep alive small businesses like ‘Baba Ka Dhaba’ from the clutches of the COVID-19 lockdown.

Till November 2020, things progressed positively until a controversy came to light. Kanta Prasad, the 80-year old owner of ‘Baba Ka Dhaba’ lodged an official complaint against YouTuber Gourav Wasan, for swindling donations. A misunderstanding between the two had been the source of the feud.

Prasad lodged a complaint about only having received a cheque of Rs. 2 lakhs. He claimed that people only came to the eatery for clicking selfies, and that the business had not picked up since then. The allegations against the Swad YouTuber were denied as Wasan produced documents that proved his claims.

Soon after, the YouTuber had visited ‘Baba Ka Dhaba’ in person, offering an explanation for the misunderstanding. Thankfully, the row between Kanta Prasad and Wasan was soon resolved.

A video of the octogenarian showed Kanta Prasad in folded hands, withdrawing his statement. “Gaurav Wasan chor nahi tha” (Gaurav Wasan isn’t a swindler) Gaurav Wasan too, made his reaction public, having accepted the apology.

His Instagram posts showed the YouTuber being blessed by Kanta Prasad and his wife and co-owner of ‘Baba Ka Dhaba’, Bima Devi. “Life is not always easy to live, but the opportunity to do so is a blessing beyond comprehension”, read the caption.

Puri Srimandir to remain closed for Public till July 25