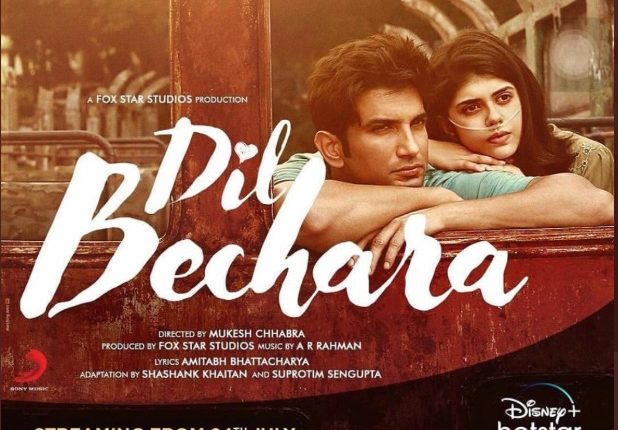 While the film was supposed to hit the big screens in May, it was postponed due to the COVID19 pandemic.

The trailer of the Bollywood movie was released a few days ago and within just a few hours of its release, every song and trailer received millions of views.

Disney+Hotstar took to Twitter to announce the time of release of the film with the fans.

Watch it• Love it• Cherish it• Enjoy it with everyone as #DilBechara will be available for you all from 7.30 PM. pic.twitter.com/rsGw4ZJzDt