The court noted that Ms. Setalvad had been detained for more than two months following her arrest on June 25 in Mumbai by the Gujarat Anti-Terrorism Squad. 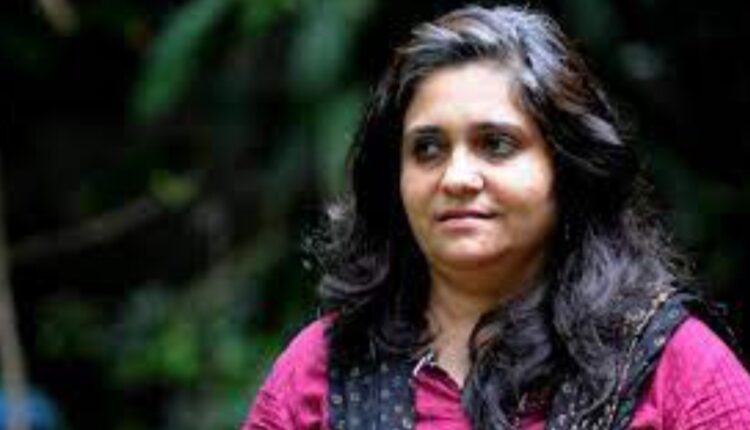 Insight Bureau:  On September 2, 2022, the Supreme Court granted activist Teesta Setalvad interim bail in a lawsuit concerning alleged forged document and misrepresentation of records in connection with the 2002 Gujarat riots. A three-judge Special Bench led by Chief Justice of India U.U. Lalit found that a case for interim bail is “evidently made out” in light of the fact that she is a woman who has already been held in custody for seven days. The court noted that Ms. Setalvad had been detained for more than two months following her arrest on June 25 in Mumbai by the Gujarat Anti-Terrorism Squad.

In its order, the Bench mentioned that her interim bail would be extended until the Gujarat High Court decided her pending application for regular bail in the case. The Supreme Court ordered Gujarat to bring Ms. Setalvad before the Ahmedabad Court on September 3 for interim bail release.

The lower court may impose interim bail conditions on her “to ensure her presence and participation in the pending proceedings.” She would have to surrender her travel documents to be held in the lower court’s safe custody while the High Court considered the issue of regular bail. The Supreme Court ordered that she cooperate fully in the investigation. The Supreme Court, on the request of senior advocate Kapil Sibal and advocate Aparna Bhat, who were representing Ms. Setalvad, directed the lower court not to impose local security as a condition for her release on interim bail. The court ruled that she should be released if she provides cash security or a bond.

The Bench, which also included Justices S. Ravindra Bhat and Sudhanshu Dhulia, clearly stated that it was only concerned with the grant of interim bail during the pendency of the case in the Gujarat High Court and did not address Ms. Setalvad’s submissions on the merits of the case against her.