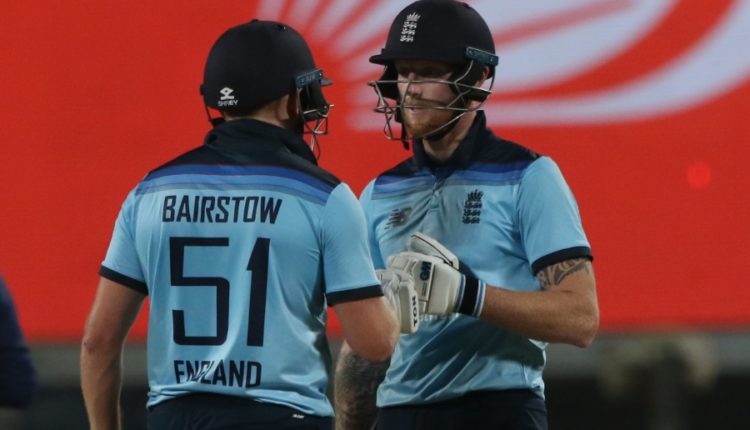 TNI Bureau:   England bounced back in the second ODI in Pune to level the series 1-1 with a massive chase. England chased 336 runs with 6.3 overs to spare. This win kept the series alive with all focus now shifting to the 3rd and final ODI.

Earlier, England won the toss and elected to bowl first. India posted 336/6 in 50 overs. Virat Kohli made 66 while KL Rahul scored a magnificent hundred. He made 108. Rishabh Pant (77) and Hardik Pandya (35) were the other top scorers. For England, Topley and Tom Curran took 2 wickets each.

England never faced any difficulties while chasing the total. They did it in style and reached 337/4 in 43.3 overs. Jason Roy was out for 55. However, Jonny Bairstow (124) and Ben Stokes (99) led the onslaught.

Stokes was unlucky to miss out on a hundred. He scored 99 off 52 balls with 4 boundaries and 10 sixes. For India, Prasidh Krishna took 2 wickets. Jonny Bairstow was declared ‘Player of the Match’.