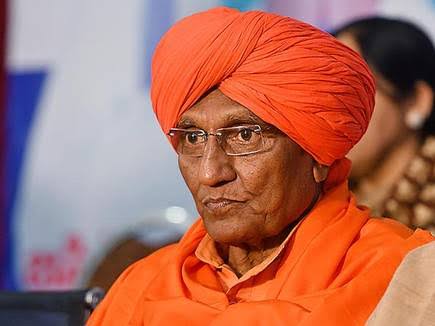 TNI Bureau:  Renowned Social Activist Swami Agnivesh passed away at the age of 80. He breathed his last at the Institute of Liver and Biliary Sciences, Delhi. He was suffering from liver cirrhosis.

He was put on ventilatory support on Tuesday due to multiple organ failure.

Swami Agnivesh hailed from Andhra Pradesh, but renounced his name, case, religion, family and assets to lead the life of a Sannyasi.

Swami Agnivesh was known for his campaign against bonded labour through his foundation (Bonded Labor Liberation Front).

He was the President of World Council of Arya Samaj till 2014. He supported the cause of weaker section always and angered the Right Wing on many occasions.

Angivesh’s services were used in the past to foster peace in Kashmir and Maoist regions by then Congress Government. He was also part of the anti-corruption movement by Anna Hazare.