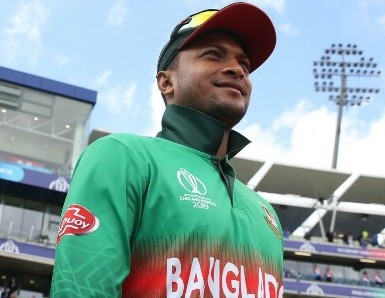 Shakib broke Sachin’s record of maximum runs at group stages of any World Cup. Sachin had scored 586 runs in the 2003 edition.

Shakib became the 2nd player after Sachin to score seven 50+ scores in a single edition of Cricket World Cup. He also took 10 wickets.