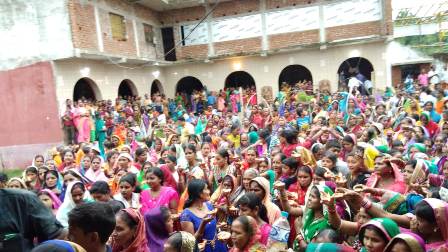 TNI Bureau: Will Bijoy Mohapatra finally enter the Odisha Assembly? A big question mark remains. Sympathy factor should be with him, as he has been trying hard since 2000, but in vain. But, the recent BJD-BJP bonhomie may spoil his chances, believe the Political Pundits.

While senior BJP leaders are not charged up yet, women in Patkura coming to Bijoy’s rescue. Over 1,000 women recently held prayers at a temple for his victory. BJD always finds its strength in Women. It would be interesting to see if they change course and help Bijoy win the ultimate battle of his life.