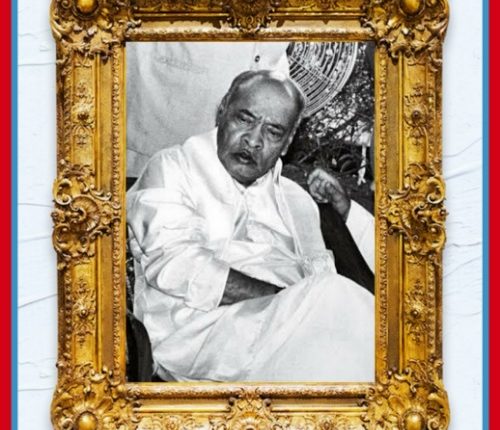 TNI Bureau: History will remember Late PV Narasimha Rao as a visionary leader who laid the foundation of an economic transformation in India when the country was fighting massive crisis. Often referred as the ‘Father of Indian Economic Reforms, Rao had Dr. Manmohan Singh as the Finance Minister.

Despite being a visionary leader, economic reformer and able administrator, PV Narasimha Rao did not get what he deserved. Rao and Manmohan had launched India’s pro-globalisation reforms and liberalisation policies that implemented the IMF policies to rescue India from an imminent economic collapse.

PVNR was a Nationalist. He always valued the country more than politics. He was deep rooted in spiritual and religious ideology. He was able to speak 17 languages – Indian and Foreign (including Sanskrit, English, French, Arabic, Spanish, German and Persian).

Rao, who was a Freedom Fighter, had entered full-time politics after India attained freedom. He remained loyal and dedicated to Congress till his last breath. He had almost retired from politics in 1991, but assassination of Rajiv Gandhi had changed the political scenario in the country. Rao was persuaded to head the minority government and he had a tough time to manage it for 5 years in adverse conditions.

PV Narasimha Rao will be known for 3 unconventional decisions: 1. Appointment of Dr. Manmohan Singh as his Finance Minister, 2. Appointment of Opposition Member Dr. Subaramanian Swamy as the Chairman of the Commission on Labour Standards and International Trade, 3. Sending Leader of Opposition Atal Bihari Vajpayee to represent India in a UN meeting at Geneva.

While former PM Atal Bihari Vajpayee dared to defy the world to conduct the nuclear tests in Pokhran in 1998, it was PV Narasimha Rao, who had initiated the program and kept everything ready. He wanted to test in late 1995 and early 1996, but could not as the Amercians sniffed it. Even Vajpayee admitted that. “Rao told me that the bomb was ready. I only exploded it,” said AB Vajpayee.

Some of the major incidents took place during his tenure included Babri Demolition in 1992, Latur Earthquake in 1993, Mumbai Bomb Blasts and Riots in 1993, Purilia Arms Drop in 1995 and Bribery Scandal involving JMM MPs. He had to face a lot of allegations, which were never proved.

The last days of PVNR were not good. He deserved better treatment, but did not get it. He faced severe financial difficulties and even wanted to sell his Banjara Hills house in Hyderabad at one point of time as per the media reports.

Rao died on 23 December 2004 in New Delhi at the age of 83. His funeral venue was changed from Delhi to Hyderabad under mysterious conditions. Unfortunately, gates of AICC Headquarters did not open when his cortege passed through it on the way to Airport. PVNR’s “half-burnt body” was beamed by local TV channels in Hyderabad in the night. Stray dogs were pulling at the funeral pyre. Those shocking visuals forced the officials reach the spot and revive it, as reported by the media at that time.

Rao did not get a Memorial in New Delhi for 10 years. A Memorial for him was built in New Delhi by the Modi Government in 2015. He deserves a ‘Bharat Ratna’ posthumously. Hope justice will be delivered to this forgotten soul.