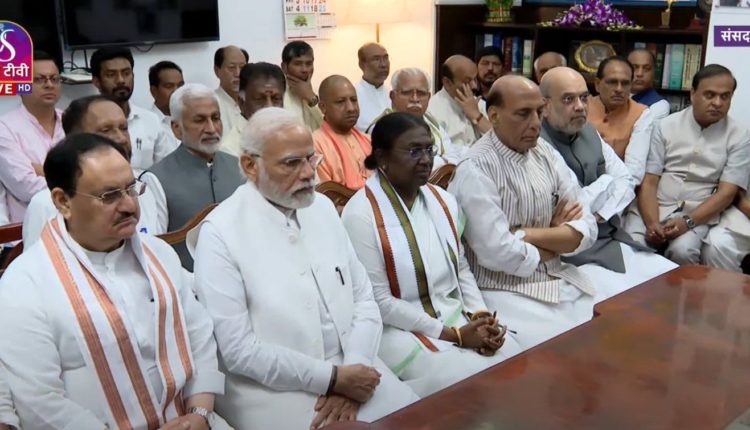 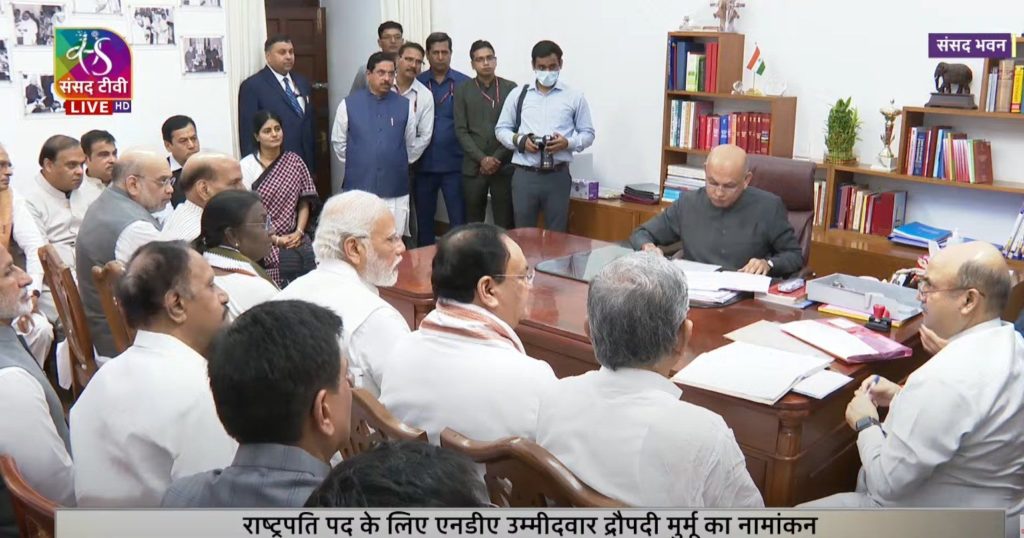 Two Cabinet Ministers of Odisha, Jagannath Saraka and Tukuni Sahu, and 10 BJP MLAs from the State were present during her filing the nomination.

Draupadi Murmu’s election to the Raisina Hills remains a foregone conclusion as BJD and YSRCP extended their support to her along with NDA.