The deepotsav event is being organised by the Yogi Government. 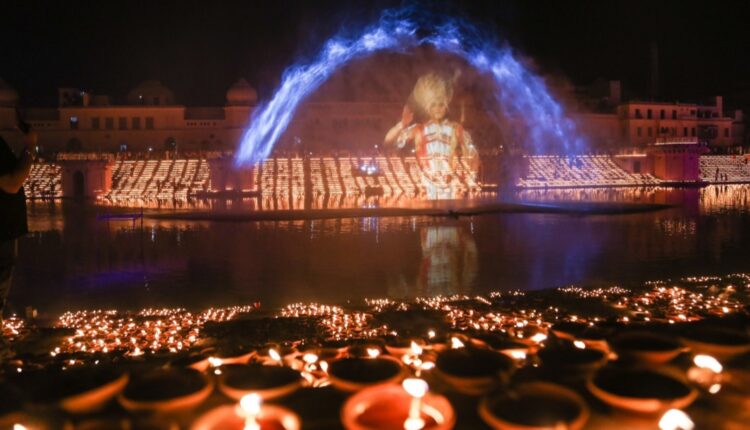 TNI Bureau: Prime minister Narendra Modi will attend the grand Deepotsav celebration in Ayodhya on the eve of the Diwali festival. The deepotsav event is being organised by the Yogi Government since 2017.

#Ayodhya prepares itself for the biggest event of #Diwali – #Deepotsav2022.
Craftsmen can be seen making beautiful diyas, markets are getting lined up, the lights are in the setting.
October 23, 2022 – mark the date!#DeepotsavAyodhya2022 #Deepotsav#UPNahiDekhaToIndiaNahiDekha pic.twitter.com/urzPWMykQy

He will perform the Rajyabhishek of symbolic Bhagwan Shree Ram at 5.45 pm. Around 6:30 PM, Prime Minister will witness Aarti at New Ghat, Saryu river, which will be followed by the kickstart of the grand Deepotsav celebrations by the Prime Minister.

He be participating for the first time in the celebrations. More than 15 lakh diyas will be lit on the occasion.

#Ayodhya is preparing itself for the biggest event of #Diwali!
The tableaus will be an outstanding show in the grand celebration of the year – #Deepotsav2022.
Here's a glimpse into the preparations.#DeepotsavAyodhya2022 #Deepotsav #RethinkTourism #UPNahiDekhaToIndiaNahiDekha pic.twitter.com/gobgKqyS4B

Five animated tableaus and eleven Ramleela tableaus with different dance forms from different states will also be featured during the event.

These collections of diyas are a collection of the beliefs and faiths of people. These diyas resemble their devotion and admiration for Lord #Ram.#Deepotsav2022 is almost here!#DeepotsavAyodhya2022 #Deepotsav#UPNahiDekhaToIndiaNahiDekha #Ayodhya #AyodhyaDham #RethinkTourism pic.twitter.com/0z6k6K1kir

Prime Minister will also witness the 3-D Holographic Projection Mapping Show at Ram Ki Paidi at the banks of river Saryu along with the Grand Musical Laser Show.

Plan a trip to #UP this #Diwali!
Spend your long weekends in Ayodhya and
be a part of the grandest celebration this vacation – #Deepotsav2022.
Explore the culture, fetes, markets, delicacies of #Ayodhya.
Let's celebrate together!#DeepotsavAyodhya2022 #Deepotsav#RethinkTourism pic.twitter.com/Mh51VjAKn9