Bombay High Court will pronounce order on his petition tomorrow. 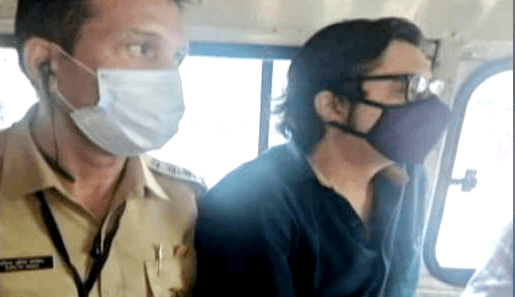 TNI Bureau: Republic TV Editor-in-Chief Arnab Goswami, who had been lodged in Alibaug Quarantine Centre for the last 5 days, is being shifted to Taloja Jail this morning.

While the Bombay High Court will pronounce its verdict on Arnab’s petition tomorrow, he has been shifted to the jail where Rhea Chakraborthy’s brother Showik Chakraborthy is lodged.

Arnab was reportedly shifted for using a mobile phone inside the quarantine centre despite being in judicial custody.

While being taken away, Arnab screamed from the van that he was assaulted by the cops this morning and his life is under threat.

Arnab Goswami was arrested on November 4 in connection with the 2018 case of abetment to suicide. He was sent to judicial custody till November 18.