Omicron Scare: Time to put a ban on Political Rallies 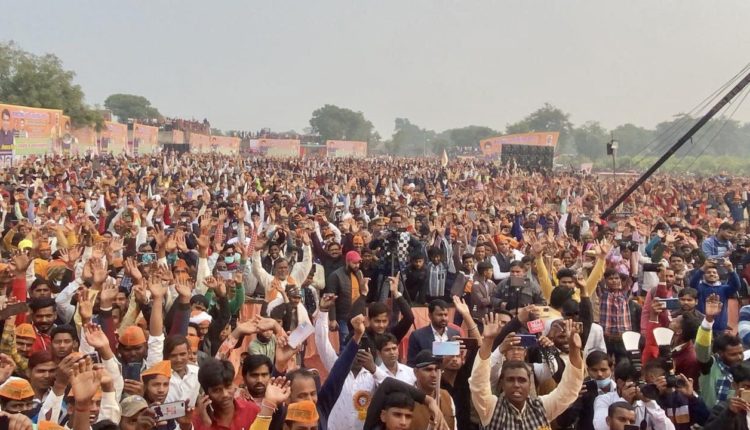 Insight Bureau: With elections coming up in various states, political parties seem to have flung themselves into first gear and taken to the streets to the campaign. However, as visuals and photos of the mass rallies and public appearances by politicians surface, it seems both lawmakers, as well as citizens, have forgotten one vital aspect of existence – the Covid-19 pandemic.

India is reeling from a record rise in Covid-19 cases, with the health system struggling to cope.  As well as Omicron cases have also surged in the country.

There are elections scheduled early next year in five states of the country.

Despite the surge in cases and moves to restrict election-related activities, campaign rallies  in some states have continued.

The Allahabad High Court requested the Election Commission of India to postpone the upcoming Uttar Pradesh assembly elections by a month or two. It also urged PM Modi to ban election-related gatherings in the state over fears of the Omicron variant.

Panchayat Elections as well as Urban Polls in Odisha  are also scheduled to held in February-March 2022. Concerns have been raised over the rallies of various political parties in the state. This will only give a red carpet welcome to the rising Covid cases.

If The Election Commission does not ban rallies and various public appearances by Politicians, then it will surely be a cause of headache for the country amidst Omicron scare.