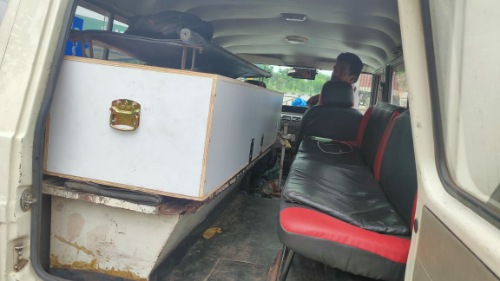 TNI Bureau: The Dubai-based Odisha Samaja UAE has made all efforts to repatriate the mortal remains of Late Ananta Swain, a Migrant Worker from Odisha who passed away in Dubai on 6th August.

After getting the news from the deceased’s son via WhatsApp 10 days after his death, the Odisha Samaja UAE stepped in to extend all support to the family.

The Odisha Samaja UAE first repatriated the mortal remains to Hyderabad via Air India Flight. From Hyderabad, a hearsay van was arranged to take the dead body to Ganjam in Odisha.

@OSUAE1 took on the responsibility for repatriation of the mortal remains of Late Ananta Swain,a migrant worker from Odisha who passed away in Dubai few days back,successfully reaching it at @Ganjam from Dubai via @RGIAHyd. Thanks to @airindiain & @cgidubai.@TNITweet@BhruguBJP pic.twitter.com/tBWZsl9vri