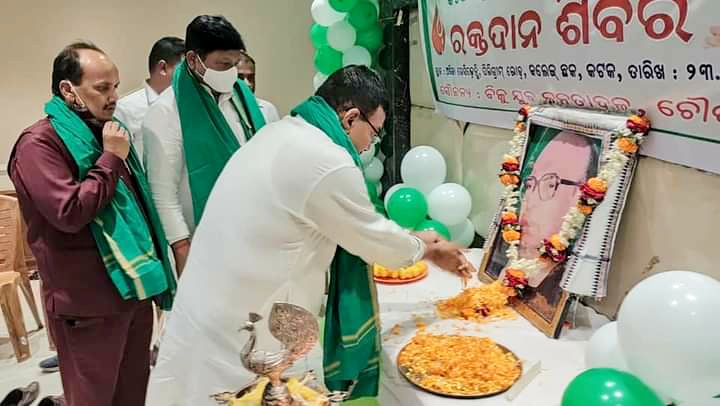 TNI Bureau: The Odisha-Mo Parivar, a pioneer in blood donation and other social activities, has launched a special drive under its Jeevan Bindu programme on the auspicious occasion of Netaji Jayanti. The special blood donation drive will continue till the Death Anniversary of Legendary Biju Patnaik.

Convenor Arup Patnaik and other senior BJP leaders were present at the special blood donation drive in Cuttack.

During the period between January 23 to April 17, the Odisha-Mo Parivar has planned to achieve 1/3rd of one lakh annual units target. So, the target is to collect a minimum of 33,000 units of blood before Biju Babu’s Death Anniversary on April 17.

The Odisha-Mo Parivar has set up special help desks at key hospitals across the State. In the first phase, SCB Medical College and Hospital in Cuttack and Capital Hospital, Bhubaneswar will have the help desks.

The Odisha-Mo Parivar has appealed all district coordinators of Jeevan Bindu, MLAs, MPs, organisations as well as various wings of BJD to make the drive successful with full efforts and dedication. 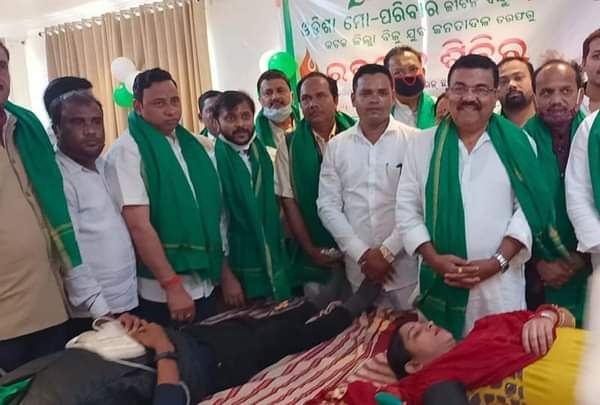