‘No School, No Fee’: Odisha Congress ups the ante 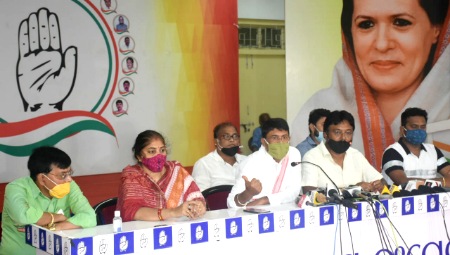 TNI Bureau: The Congress Party has decided to take up the case of parents of Private Schools in Odisha, slamming the ruling BJD Government of turning a blind eye to their concerns.

“When the schools are closed, why should the parents are being forced to pay the fee? Is it being done to benefit some influential school owners who are linked to the ruling party? Seems they are paying huge donation to the party,” alleged the Congress Party.

“People who are already in dire strait due to Corona Pandemic and facing huge financial crisis, are being compelled to pay fee even though schools remain closed. A few hours of online classes are just hogwash and make no sense. Not just the tuition fee, the schools are also charging day boarding fee and infrastructure fee. This is completely illegal and should be stopped with immediate effect,” the Congress said.

The Congress Party asked Odisha CM to direct all private schools in the State to announce fee waiver. “There should be a official directive. A mere request won’t work,” it said.