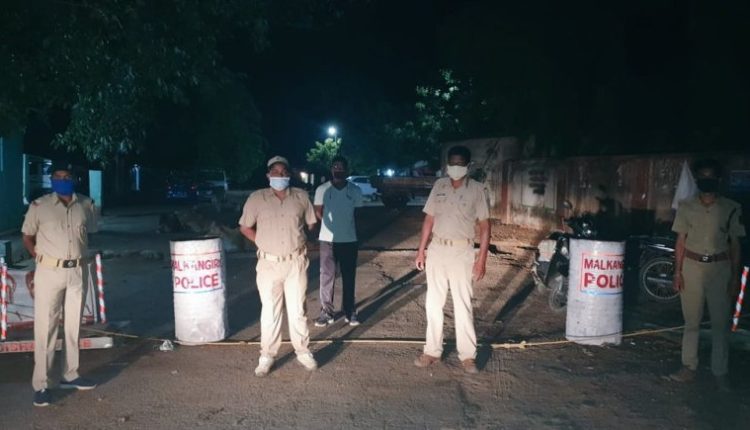 TNI Bureau:  In view of the surge in Covid-19 cases in the State, Odisha Government on Thursday decided to impose night curfew across the State and weekend shutdowns in 10 districts bordering Chhattishgarh to contain the Covid-19 spread.

As per the latest announcement by State Chief Secretary Suresh Mohapatra, the State Government has decided to clamp night curfew in urban areas of 20 districts including the Twin Cities of Cuttack and Bhubaneswar which will come into force from April 16.

🔷 Night Curfew (6 PM to 5 AM) in 10 Odisha Districts bordering Chhattisgarh.

🔷 Night Curfew (9 PM to 5 AM) in Urban Areas of other Districts, including Bhubaneswar & Cuttack.

🔷 Weekend Shutdowns in Urban Areas of districts bordering Chhattisgarh, not in other Districts.

🔷 Number of Guests in Marriage & funeral-related events in Odisha reduced to 50 & 20 respectively.

🔷 Govt Offices to function with 50% staff.

🔷 Restaurants, bars to continue operations with 50% of staff along with strict adherence to COVID19 norms. 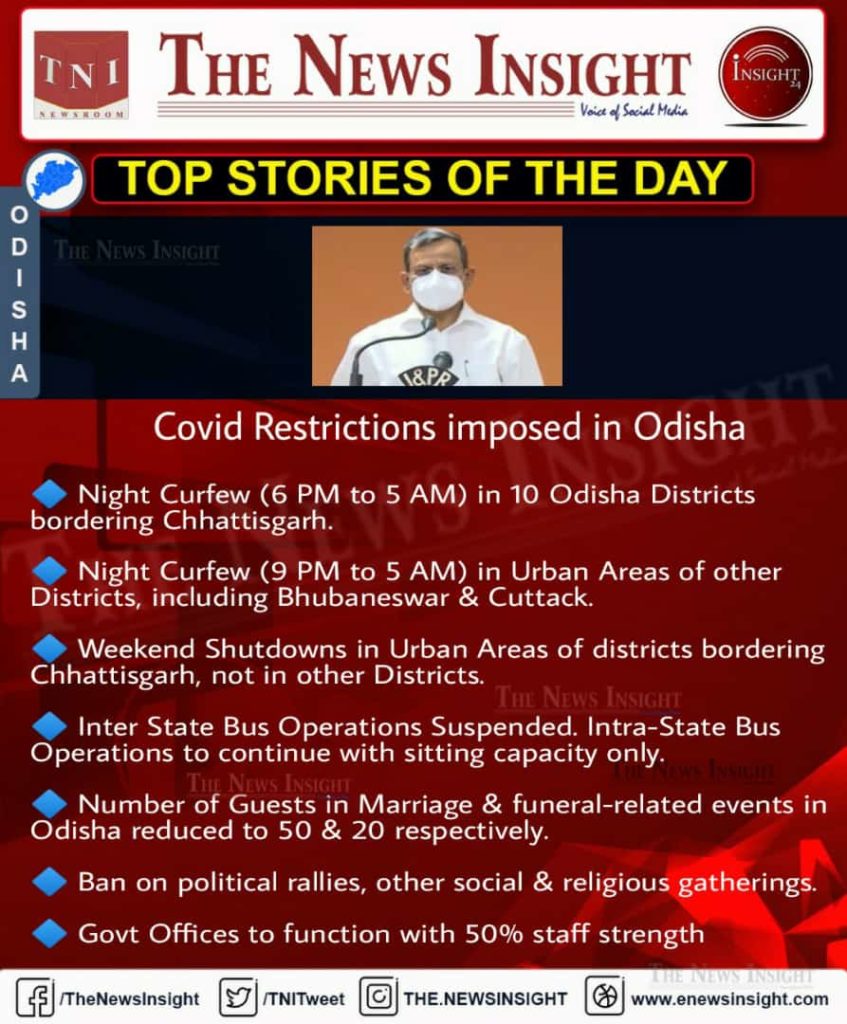 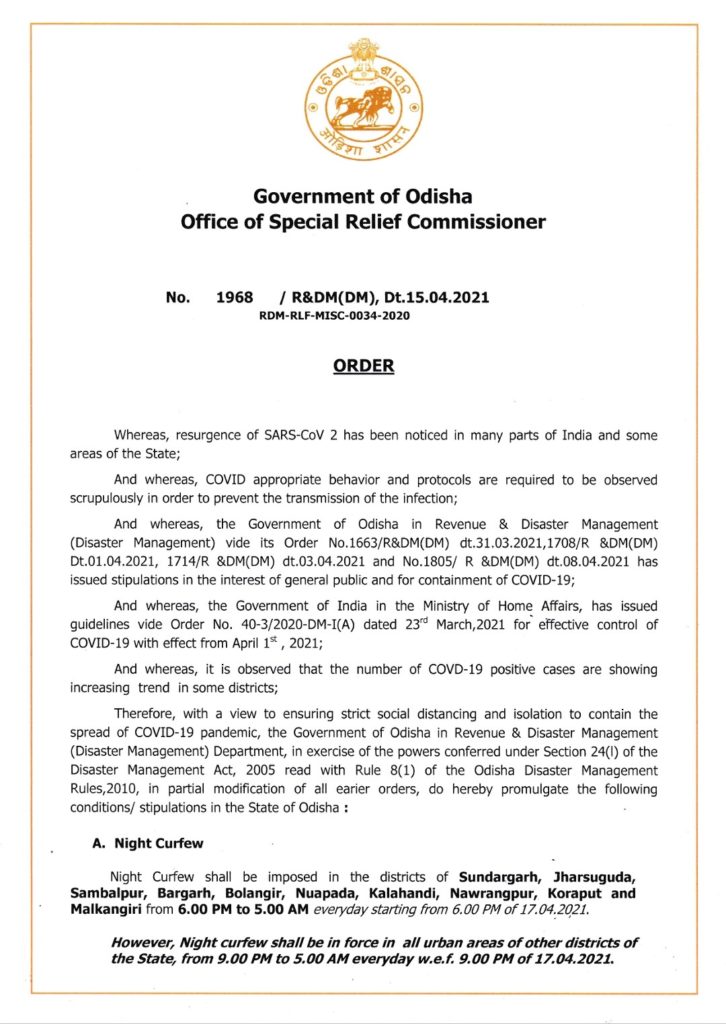 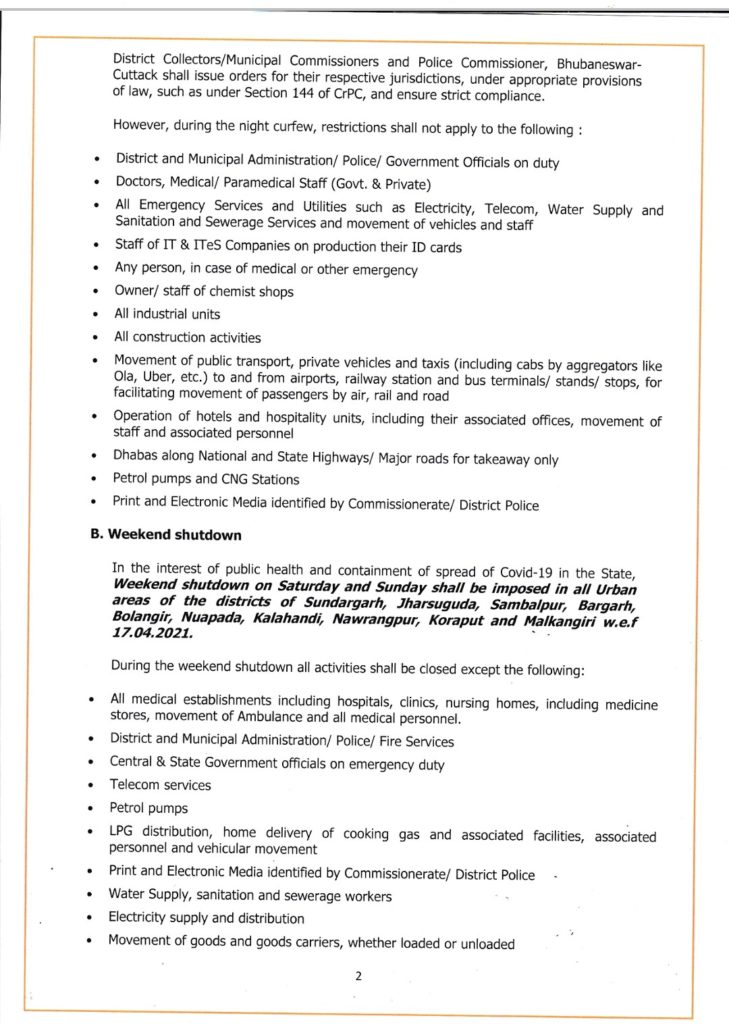 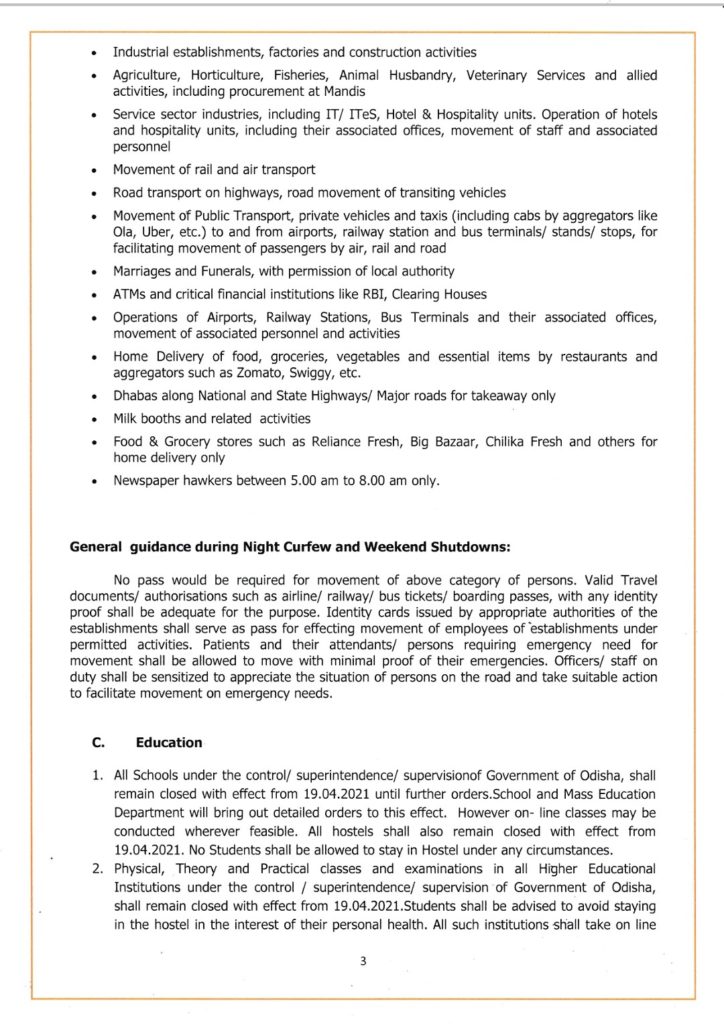 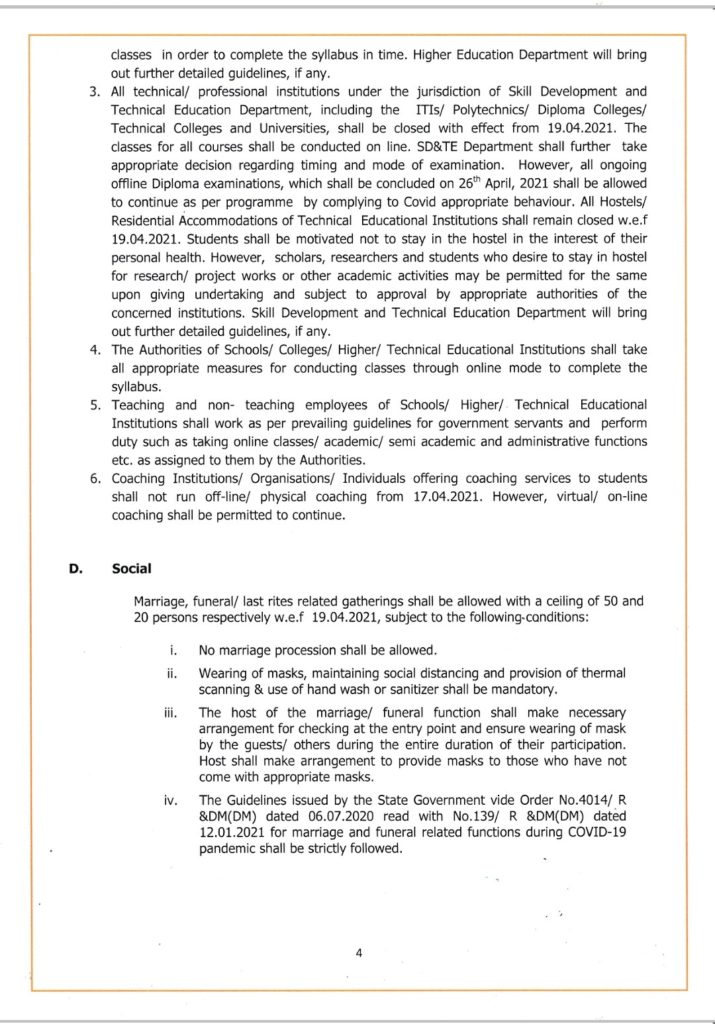 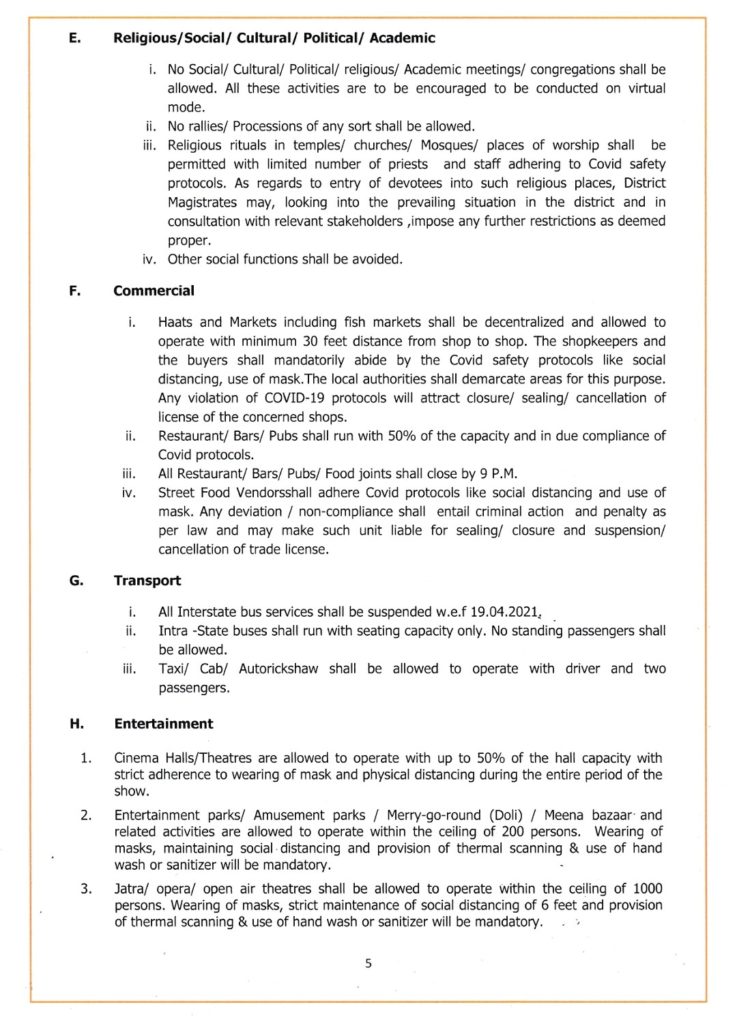 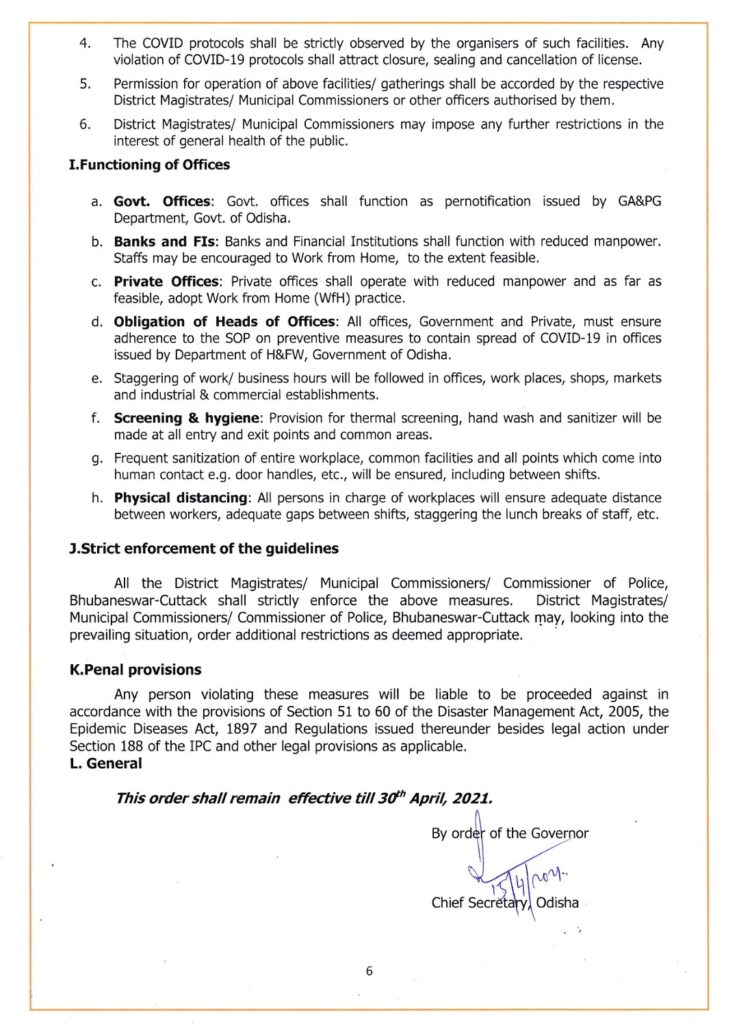