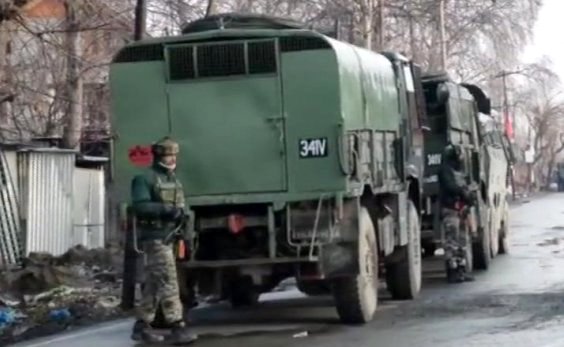 TNI Bureau:  Dear Readers! Here are the Morning News Bulletin on Odisha, India and World by The News Insight.

—    The Confederation of All India Traders calls for 9-hour nation wide bandh from 7 AM to 4 PM as a mark of respect to martyred jawans of Pulwama Attack; Odisha traders association supports the Trade Bandh call.

—    Shankaracharya Swami Nischalananda Saraswati yesterday presided over a high-level meeting with the Gajapati Maharaj and other authorities; suggests quarterly meets of all stakeholders for Srimandir Reforms.

—    Lover slits girl’s throat with a blade in Badambadi area of Cuttack; girl admitted to SCB Medical College and Hospital.

—    4 armymen including major martyred and one army personnel is critical. 1 civilian also killed in the encounter in J&K’s Pulwama district; gunbattle underway between security forces and terrorists. 2-3 terrorists are reportedly trapped.

—    Karnataka announces a new scheme Raitha Siri which offers a financial assistance of Rs 10,000 per hectare to farmers for growing millets. Area under millets to be increased to 10,000 hectare.

—    Earthquake with a magnitude of 4.2 on the richter scale hit Jammu and Kashmir at 4:23 am today.

—    Hockey India congratulates Odisha as the state was adjudged the Best State for Promotion of Sports at the Sportstar Aces Award.

—    West Indies cricket board announced that Chris Gayle will retire from One-day Internationals after the ICC Cricket World Cup to be held in England and Wales later this year.