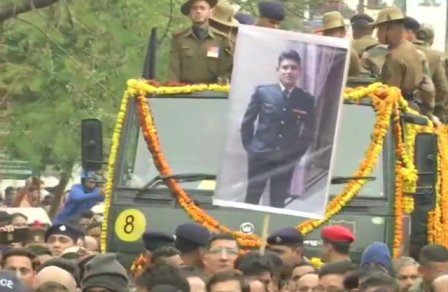 TNI Bureau:  Dear Readers! Here are the Mid-Day News Bulletin on Odisha, India and World by The News Insight.

—    To check malpractice, Odisha Govt to deploy lecturers as squads in Matric Exam 2019.

—    Odisha cold storage Association to launch agitation from Feb 22 over revival of cold storages across the State.

—    4 jawans martyred, 2 terrorists killed in Pulwama Encounter. Top JeM Commanders Kamran & Ghazi killed in the encounter. Both were the masterminds of Pulwama Terror Attack. 2 terrorists are said to be trapped. Encounter is underway.

—    Mortal remains of Major Chitresh Singh Bisht being taken for last rites; he lost his life on 16 Feb while defusing IED planted by terrorists across LoC in Rajouri, J&K.

—    Finance Minister Arun Jaitley addresses the RBI Central Board in its post-budget meeting, in Delhi.

—    President of Argentina Mauricio Macri receives a ceremonial reception at the Rashtrapati Bhawan in Delhi.

—    Kerala Youth Congress calls for state-wide dawn to dusk shutdown in protest of murder of 2 of its activists allegedly by CPIM workers in Kasargode last night.

—    Google shows Pakistani flag when searched for the “best toilet paper in the world”.