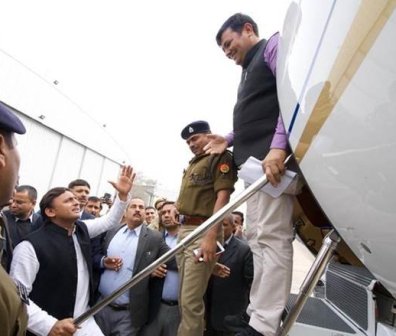 – Congress President Rahul Gandhi drew flak for jumping the gun over Rafale Deal by showing an email related to another helicopter deal as Rafale papers to level charges of “treason” against PM Modi.

– Congress leader Kapil Sibal was accused of hypocrisy after he defended Anil Ambani in Ericsson dues case in Supreme Court, but slamming his client on Twitter over Rafale deal.

– BJP Minister in Tripura, Manoj Kanti Deb was accused of touching his fellow woman colleague Santana Chakma inappropriately during PM’s rally. However, Santana denied the allegations saying Manjj was just trying to get ahead of her to have a better view of the Prime Minister inaugurating the projects and that there was no ill motive involved.

– Former Karnataka CM BS Yeddyurappa was heavily criticised over an audio tape that showed he was trying to poach MLAs from the rival camp to topple the Congress-JD(S) Government in the state.

– Samajwadi Party leader Akhilesh Yadav created ruckus after being prevented from going to Prayagraj to attend the oath-taking ceremony of a student leader at Allahabad University. UP CM Yogi Adityanath clarified that it was done to maintain law and order in the wake of Kumbh Mela in Prayagraj.