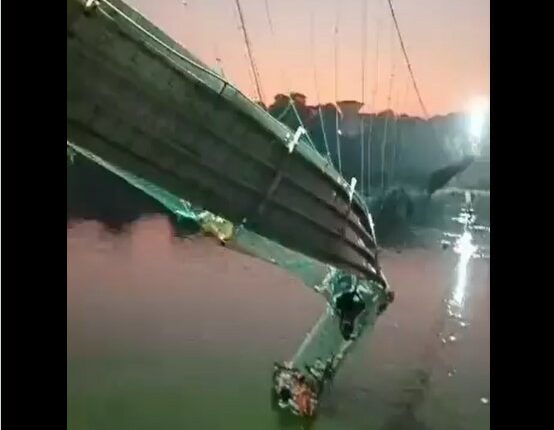 TNI Bureau: More than 90 people killed, and many are still missing as a century-old suspension Cable Bridge on Machchhu river in Gujarat’s Morbi city collapsed on Sunday evening.

The bridge which was recently reopened for public after renovation, collapsed as it could not bear the weight of the people standing on it. 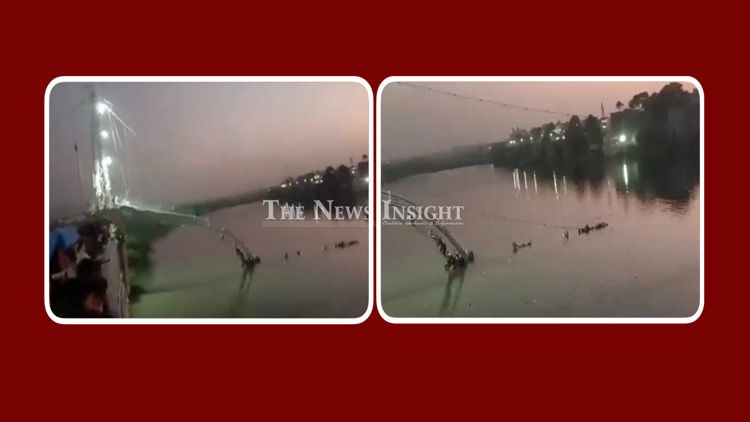 A rescue operation is underway as several people fell into the river due to the bridge collapse.

Local media reports said there were more than 300 people on the bridge when it collapsed and fell into the Machchhu River.