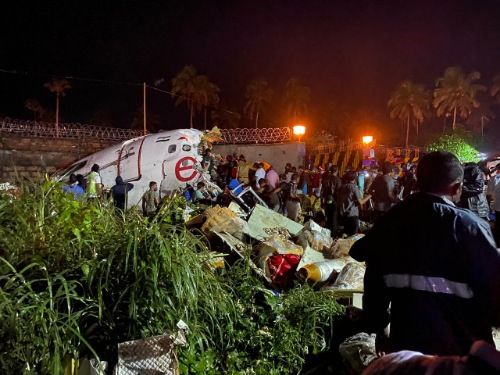 TNI Bureau: As per the latest reports, at least 18 people, including the Pilots of the ill-fated Air India Express Plane, have been confirmed dead in the crash. While 120 people are injured, 29 of them are in critical condition.

The Air India Express Flight IX 1344 operated by B737 aircraft from Dubai to Kozhikode overshot runway at Karipur Airport in Kozhiode at 19:41 hours tonight before splitting into two.

Although there was no fire during landing, the plane went down 35-feet in a slope and broke into two pieces. Pilot Deepak Vasant Sathe was confirmed dead first. 17 other fatalities were confirmed later.

The plane carried 190 people – 174 passengers, 10 infants, 2 pilots & 4 cabin crew onboard the aircraft. The flight was part of the Vande Bharat Mission.

The rescue operations started within half an hour. All passengers were pulled out of the plane and rushed to various hospitals. PM Narendra Modi spoke to Kerala CM Pinarayi Vijayan and assured all support.